After 25 years of market economy and economic boom, business and design are finding each other in Poland. As graphic design schools pop up everywhere, a new generation slowly changes the face of Poland.

Gdansk, Poland – “Zupy!”; “Piwo!”; “Ryby!” – (“Soup!”; “Beer!”; “Fish!”). Walking through any Polish city, they yell at you. Letters in yellow and red, white and blue. There is nothing subtle about the way small Polish shops attempt to get passersby in the door. The letters remind of a different time; they add to the image of Poland that should have faded: that of a poor Eastern European country. The amateurish visual language from the 1990s is labeled “TypoPolo”. It is aggressive and loud, characteristic of the headlong way capitalism redefined the country.

“It is kind of a pain for my eyes and for my soul.” 22-year-old graphic design student Patryk Pawlowski experiences the old style as hideous, but he understands the origins of the visual horrors around him: “Poland had a trade boom after communism; nobody cared about design to go with that. But things are changing.” Patryk believes a fresh light blazes through the world of Polish design. 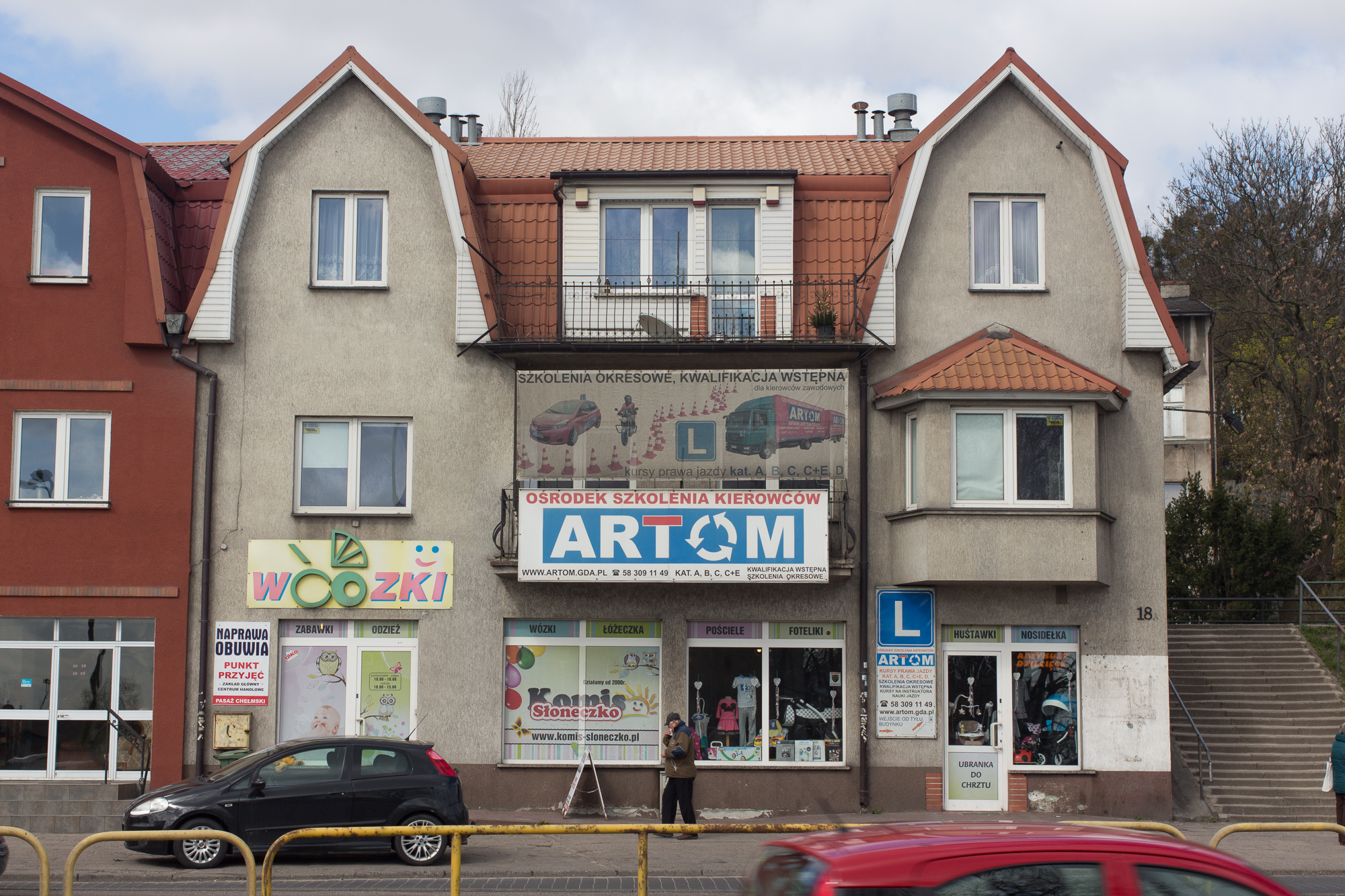 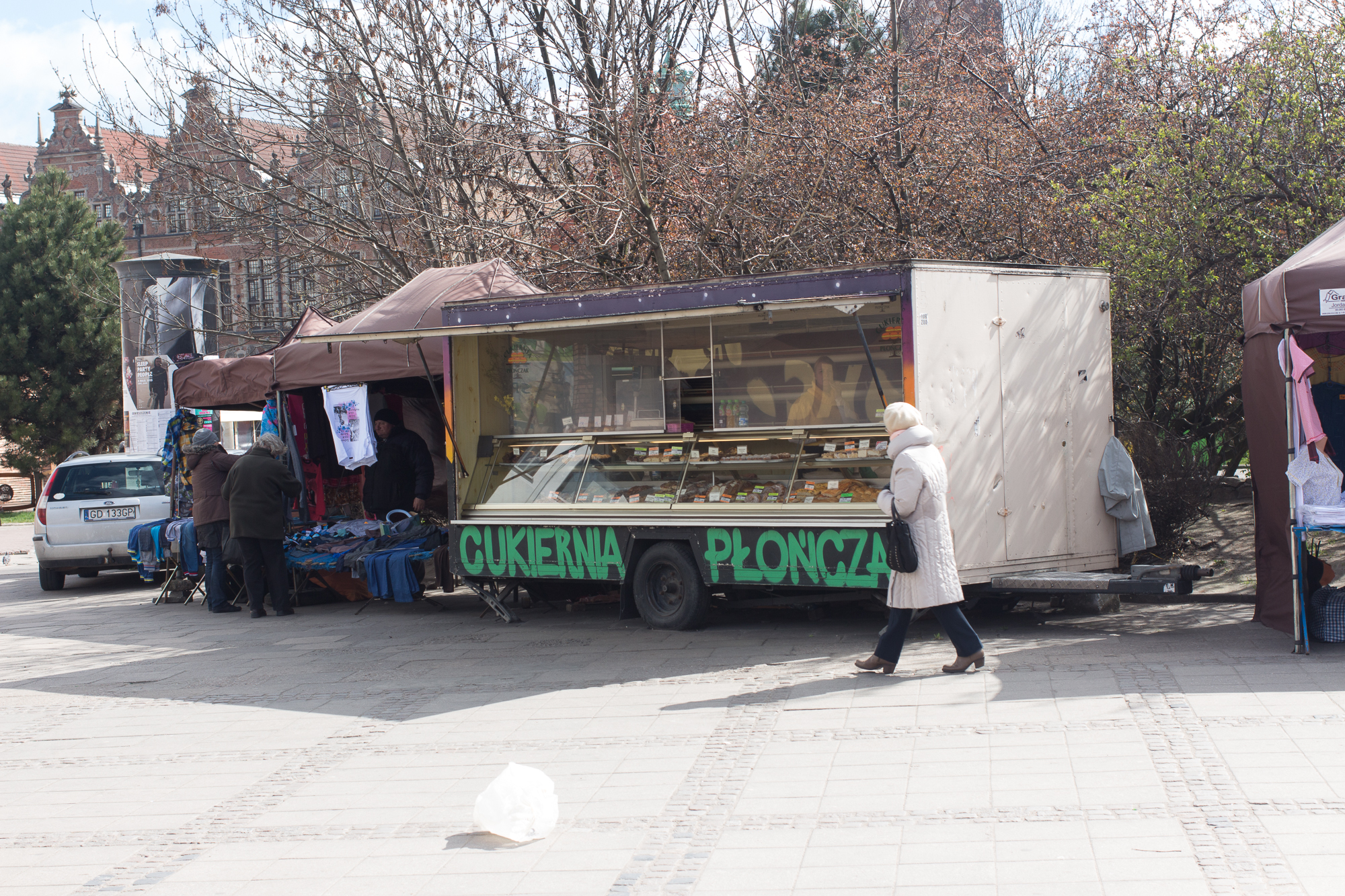 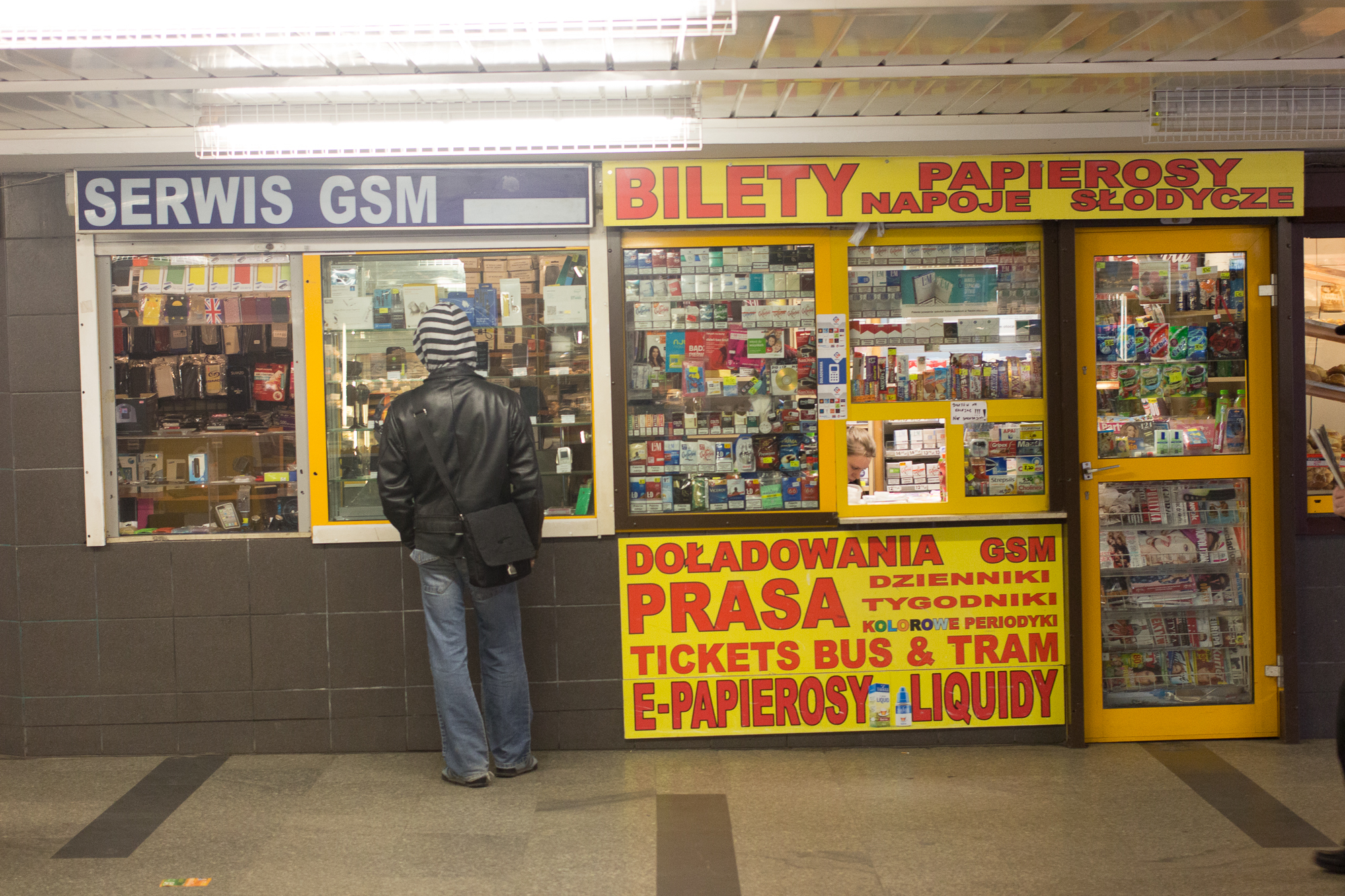 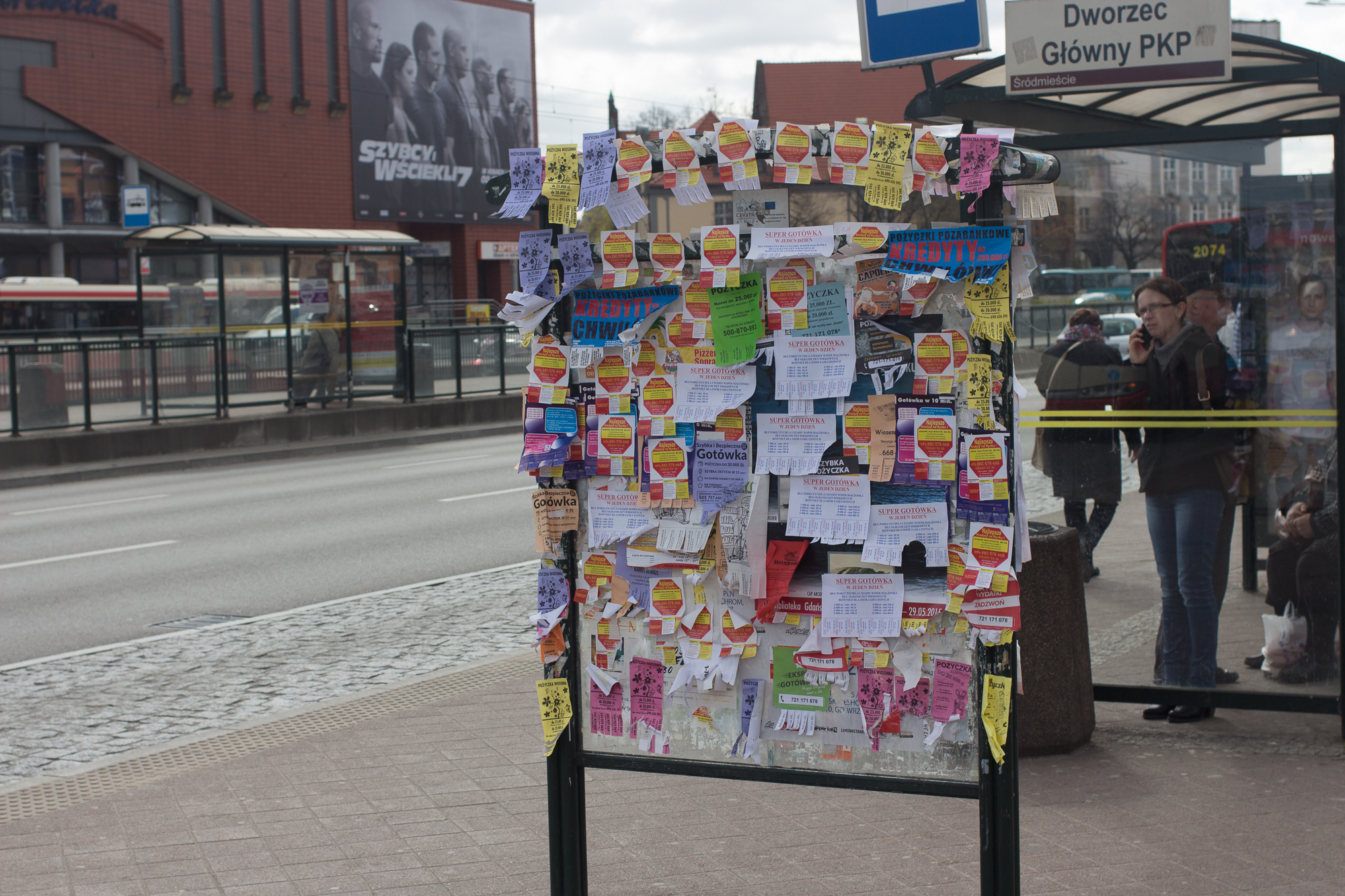 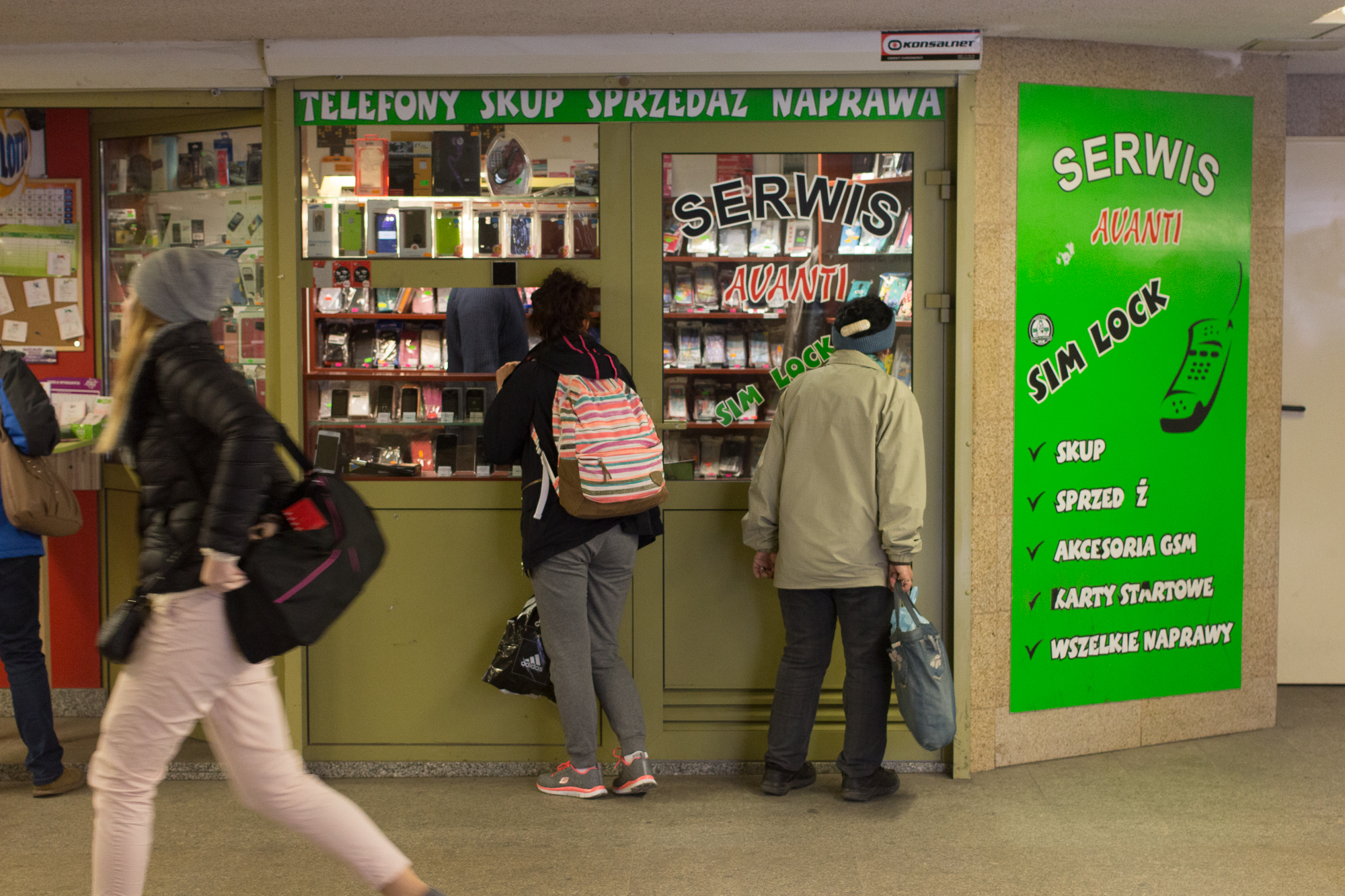 After communism fell, people started selling whatever came to mind. Little stalls and shops emerged. Ash-grey building blocks, so often identified with the eastern side of the Iron Curtain, revived with the plastic surgery of neon lights, glossy commercial façades and advertisements for Coca-Cola.

“You had banners everywhere. Most of them were ugly. Shouting over each other,” Michal Pawlik remembers. He is one of the founders of mamastudio, the first graphic design studio in Poland. “Before the studio, there were only individuals. Big names,” Michal says. “We graduated from the Academy of Fine Arts in Warsaw and traveled to Berlin, to Paris and to London.”

“When we came back, Poland was still grey.”

Michal and his friends lived the first stage of capitalism in Poland. “We traveled and brought back books to get inspired.” Meanwhile the Internet emerged and the world became globalized: smaller and easier to bridge. “We dreamed it would be paradise here, that we could learn from the experiences of the west, not make the same mistakes. Do it in our own way. Better.”

Reality hit hard and progress was slow. “Most of us started working for Western advertisement companies that opened offices in Poland the moment the market opened,” Michal says. In 2001, they left their safe jobs and started their own studio.

There was nobody there to hold their hand. ““We had to learn it the hard way. We had to experiment, kick open doors, go through financial difficulties, organisational difficulties, but we learned a lot.”

Much has changed since then. Today tons of designers spawn from the ground. Michal says it is easier now. When he started, the people in charge of companies were still educated and raised during the communist era. Today the new generation is starting and it makes room for big changes.

One of those exemplifying the new world of Polish design is 27-year-old Mateusz Zywicki, one of the founders of Traffic Design, a successful collective of freelancers. He literally scrapes the shallow commercial surface, the TypoPolo, from old buildings. “Last year we put a big sign on a very modern building,” he says. “It was covered all over with adverts, so we got their partnership and painted a nice, modern sign on the building after we removed all of them.”

Mateusz and his friends operate in the northern coastal cities of Gdańsk, Gdynia and Sopot. Their mission is to change the local environment. During their yearly fesitval, they rebrand companies that are up to 70 years old. They do it for free for small companies. The city, dying for more color, allows them to give a fresh coating to old properties.

Just like Michal, Mateusz studied at an academy of fine arts. He graduated from the Gdańsk Graphic Design branch in 2012. “For a long time, it was hard to get in. The Academy was the only place in the country where you could learn graphic design professionally.”

While Mateusz was in school, he saw alternatives appearing. “About five years ago, a lot of small private schools popped up.” Nowadays every academy of fine arts in the country offers a graphic design course, and the private schools are growing in popularity.

The boom of students and young designers is visible in an event that was organised for the first time last year. Olga Rafalska (24) received her Bachelor’s in Graphic Design in the Academy of Poznań, with a project called Elementarz Projektanta. Together with a classmate, she brought together lecturers, students and young professionals to talk about design.

“We were supposed to have a small event for 100 people, but we ended up welcoming 500 people,” she says, “This year we’re doing it again. Next month there will be 1500 people at our event. It is sold out.”

1500 designers. Michal shakes his head when he thinks about it. “I remember when there were only 20 designers in Poznań. There can’t be jobs for all of them.” He says that in Poland today, like anywhere else, “you have to combine many virtues to be a good: you need to be talented, good at communicating, and have good organisation.”

Patryk, who studies at a private school, agrees, but says that if you have those skills today you shouldn’t have any problem finding a job. He is freelancing during his studies and while other students in Poland work in pubs for a meager €2/hour, and he is making more money doing what he loves and selling his work online to international and Polish clients. “I don’t work as many hours as other students working in local shops, but I usually earn around 2-3 times more in a month.”

“The idea of a young designer sitting in a coffee bar, designing a logo for a client in Abu Dhabi, and living comfortably from the money for two months is not very realistic,” says Michal.

Patryk doesn’t worry about his financial future. He is dreaming of a different Poland. Communism was dead before he was born, and for him burying its bones will always go too slow. He taught himself how to write code when he was 16 years old, and he grew up with fading national borders and the endless inspiration of the internet.

He applauds the many initiatives of his generation and sees changes, “but the speed of change isn’t big. People still accept bad design. We should start the design revolution differently.” His eyes light up when he continues: “Begin by teaching new generations about the history of art and design, to give them a better understanding of aesthetics.”

He hopes that the kitsch shapes and colors will fade and make room for a Poland with a culture of design. The fast rise in young designers is the herald for this change.