There’s been something of a buzzword floating around the streets of Berlin recently. On the outskirts of the city lay worn down streets, unkempt houses and graffiti riddled buildings. However when you reach the inner core of the city, the landscape starts to change. As the many tram lines that run through central Berlin connect everyone to the rest of the city, there lurks an oozing creative magnet – the ‘start up attraction’ – that is pulling the world’s creative minds to Berlin’s core.

Berlin, Germany – It’s a Monday evening, in the centre of Berlin and the start-up institute is hosting its first meeting in the capital- “this is the beginning of something special” Hugo Suidman, the head speaker proclaims to the young audience that sits wide eyed.

And it might well be, as this intense eight week course will arm young creatives with the skills of how to fit right into a start-up company, through teaching, internships and one on one personal development; this is the buildings blocks for the younger generation, and it’s institutions like this that epitomises the cities thriving start up scene.

For the past five years Berlin has been continuously dubbed the new “Silicon Valley” by international media outlets- in reference to the business heartland that has been growing in California.

A flurry of big start-up companies have arisen in the past decade in Berlin,- Jamba, Brand 4 Friends and Daily deal, all tech based firms, which is now the city’s main billboard, that have flourished and now the rest of the world want more. Office space is available, rent is low (in the centre of town an apartment is sometimes as little as €450 a month) and creative people well…attract creative people.

“When the wall came down the city all of a sudden became hugely attractive. It had space  in more than just a geometric sense, things were possible here that weren’t easily possible elsewhere, a fact that largely carried within the spirit of the people claiming their own space and filling the void in history” says Jascha Silbermann a freelance website designer who works with start-ups. 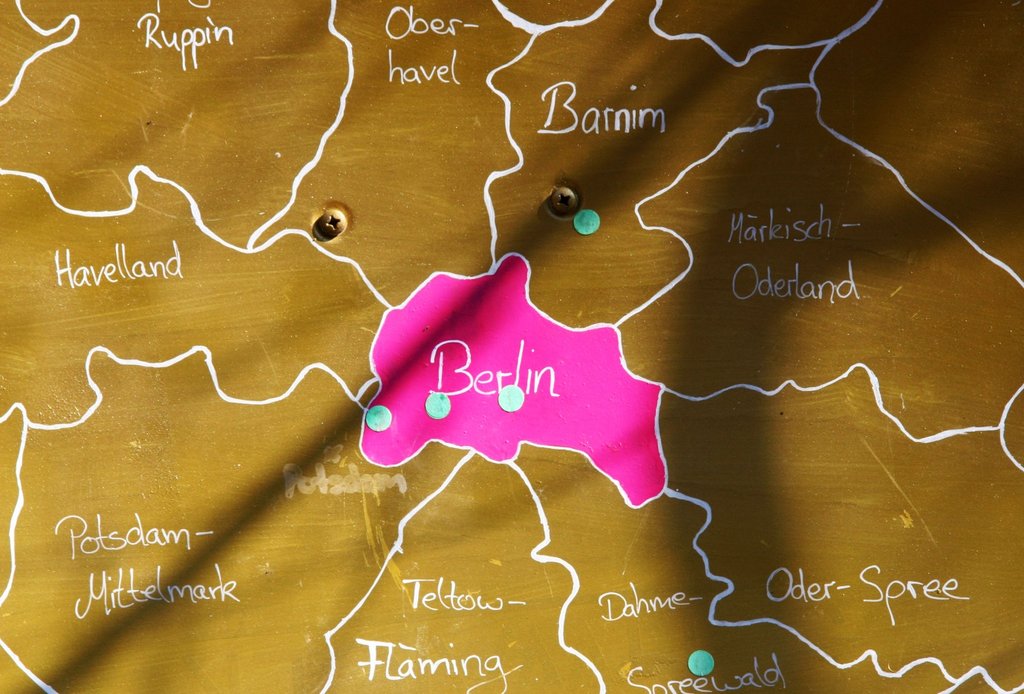 “It’s this liberal minded openness of the city that seems to attract everyone” Hugo tells me after his speech. He might be right, Berlin since the fall of the wall has rebranded itself, famously a decade ago, former mayor Klaus Wowereit, described it as “arm, aber sexy“(poor but sexy) and thus with its cheap property market prices, diverse club scene and cultural underbelly the city rose up to become one of the hubs for young people around the world.

Berlin’s biggest claim to fame in the tech. start-up world has been SoundCloud, the online music sharing platform founded in 2007. The founders were originally based in Sweden but moved to Berlin for the musical diversity (techno, electronic, rock, you name it!) and according to co-founder and CEO, Alex Ljung- in this Youtube video– “It’s counter-culture. People do things their own way and that’s very much like start-ups are. And that is how Berlin is now (…) creative and fun.”

There’s a theory that when some start-ups get going in a capital, they tend to pair with other industries such as fashion or music and get caught up in the whole scene instead of the actual product and user experience they’re looking to craft-“There’s a start-up fuel environment that lurks but is sustainable compared to cities like London” says Suidman.

Sustainability is one of the earmarks of the start-up institutes schooling, Start-up culture is one of the curriculum’s core syllables as well as training students in ‘emotional IQ’- as much as it’s about business acumen it’s also about having the start up mind-set.

Investment is now starting to make its way into the city, with 2,500 tech start-ups now bolstering, as the venture capitalist funds are coming in. Bill Gates’ Microsoft has been pumping €22 million into a Research gate, a global online network for scientist. ‘Wunderlist’ a phone app for making lists has had money come in from a famed Silicon Valley fund called Seqouil capital. Microsoft have also been nurturing a funding program in which they essentially build start-ups through mentorship and technical training, one would imagine there are also some good business connections lurking in there for successful ventures.

“Forays into the start-up life are accomplishable if you have the drive” and even if you don’t have the drive, in Berlin it is okay. “In Berlin if it doesn’t quite work out, then we say okay and try again, there’s a no failing culture, let’s try again” preaches Jake Skott, a brands relation manager who attended the start-up meeting.

“It’s a spirit of pioneering and innovation” Silbermann says , as he takes me on a tour of a low income neighbourhood that is slowly seeing waves of aesthetic buildings and business pop up in its cosy sphere-“people really get behind it, Berlin allows you to do things your way.”

An aptitude for innovation is what the city boasts and it’s becoming obvious through other people’s willingness to foster creative spaces. überlin, provides workspaces for people to foster ideas for start-ups, they also post weekly blogs on self-promotion actives, like learning how to freelance.

Large rooms with spacious tables with an array of plugs and floor space exist in the neighbourhood of Kreuzburg, as another incubator type hub structure exists in the name of Betahus. They market itself as a “co-working space” where creative can get together and work; it also hosts meeting rooms and a wood shop. One of the type of rooms available are the ‘Scandinavian style’ bar camp areas which are small rooms for small groups of people but the mantra behind its purpose is the beheld open floor plan which lets people mingle something that is a trend in young offices.

“Yeah, we like to encourage networking and constant dialogue, that’s how ideas get spread and mixed with others ideas and different projects develop” Suidman says to me, after hosting a one on one personal development talk with prospective members of the start-up institute.

The cities range of people in theory would present challenges for communication, but Berlin embraces the variety of culture on show. English is the main language, “we all speak English here so it’s easy to get stuff done, people from all over the world can come” says Skott.

And last year Berlin, got stuff done- in 2014 start ups raised just under €10 million and what Berlin doesn’t suffer from at the moment, is competition in Germany. Berlin gets 37% of all start-up funding while Munich only get 11% and Hamburg 5%.

Skott also points out for potential creative outside Europe, obtaining a VISA for Germany is an easier task than some other hubs- “the other big reason is Visas. It’s much easier for Australians, Canadians, Americans, Japanese and some others to get two year Visa’s than the UK or US.”

Although lots of small businesses enjoy Berlin’s location for its geography- links to East and the west, there is a drawback for some in the German capital- bureaucracy. Germany’s notorious red tape measures often mean smaller companies have to take an extensive amount of time to work through the legislation. Setting up a bank account is also a slow process, as they require founders to bring in specific documents into the branch that they might not have.

“It is difficult to get your book keeping correctly reconciled, walls painted, accounts opened or insurance negotiated without a fluent, full time on the ground  representative” says Kevin McDonagh, CEO of the Android consultancy start up Novoda.

One of these baby start-ups cutting the tape is Research Gate, which is proving to be a voice in something outside the tech. scene. With its 2.6 million users that exchange ideas, discuss formulas and experiment the social media science and engineering site has proved a hit since its inception in 2009- “they’re are doing something very special and successful, and with great universities in Berlin and neighbouring Potsdam, I think we’ll see more advances in this field” says James Glazebrook who used to work for Factory, a housing unit for founders and innovators.

For the moment, change is coming as funding is starting to near the numbers of Silicon Valley, Peter Thiel, the CEO of Paypal announced in the past week he’s investing $28 million in Number 26- a tech start-up which is supposedly revolutionising banking in Europe. Start-ups from the US (Take Zappos) and UK (ASOS) have also moved headquarters to Berlin.

Competition from other European cities isn’t far away though, with Barcelona, Paris and Dublin roaming around the scene. Helsink and Sofia are supposedly two other gems in the start-up pipeline but Glazebrook thinks Istanbul could soon be a future breeding ground for innovation- “we’re in touch with a co working space in Istanbul which is thriving and increasingly international.”

Prague has also been cited for recent start up activity but Skott reckons Berlin will maintain its circle of influence as “medium sized business can become big quick”. Despite this the city still has a few issues to overcome, in the hurdles of red tape and keeping businesses enticed enough not to want to move to another thriving city five years down the line.

Berlin’s charisma will likely keep on magnetising the creative to its core and for those at the start up institute who applaud as the night falls to a typical networking session this is only the start of a new wave of creatives inhabiting the city. 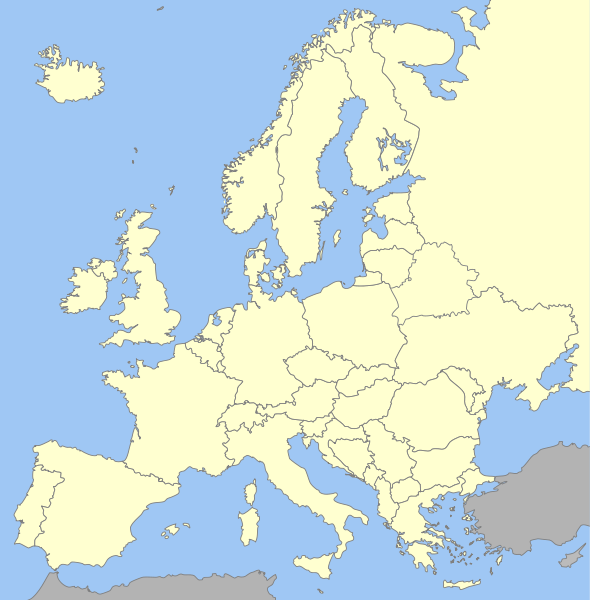