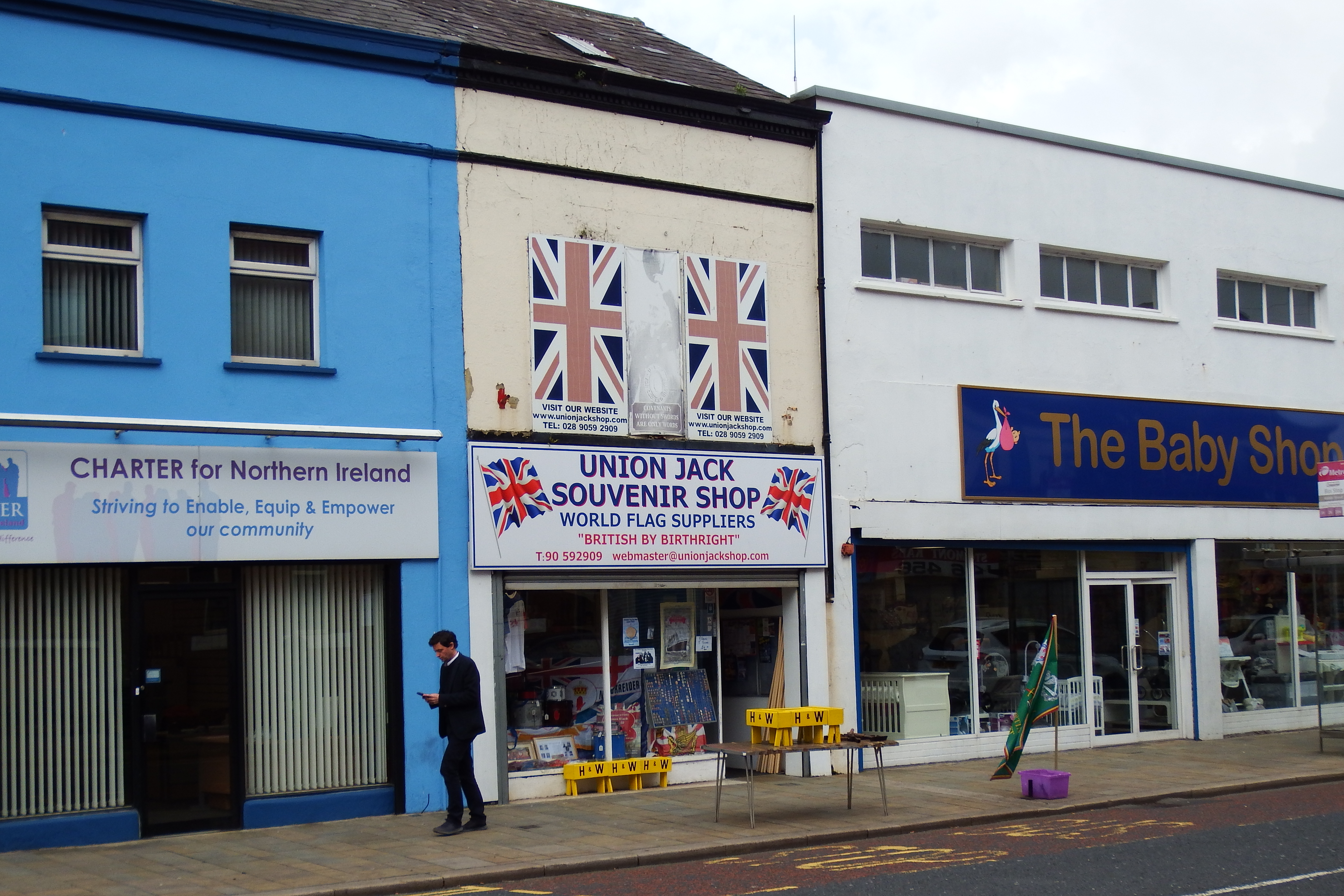 The U2 song Where the streets have no name came out in 1987, in the midst of the Troubles in Northern Ireland. The inspiration for the song comes from the city of Belfast. A city where you could define a person’s religion and income based on the name of the street they lived on. Lead singer Bono wished for a world where these divisions would not exist anymore. But up until this day, in some parts of Belfast the names are still there and the city is still segregated.

Two cities in one

Walking through the West and the East of Belfast feels like walking through two differentcities. The differences between the two groups,who have been in conflict with each other fordecades, are so clearly visible. The large number of murals seen in both parts of the citymake it easy to recognise in whose territory you are. There are also the street names and bus stops in West Belfast, which are named inboth English and Irish Gaelic, whereas they are only in English in East Belfast.

How Belfast is divided

In East Belfast, you find a shop that you wouldn’t find in West Belfast: the Union Jack Souvenir Shop. Inside, the Union Jack flag hangs proudly on the walls, together with flags of different British football teams. The owner, John, has run the shop for 28 years. It’s his family business. “We are British! We support the United Kingdom,” he says immediately when askedabout how Belfast is divided. “No good there, on the other side,” he whispers after that, while he nods.

The differences are not as big everywhere﻿

“At the same time, it has gotten better and worse,” says Dr. Brendan Murtagh from Queen’s University. He specializes in social economies and urban regeneration. “If you take Belfast as a whole, the rates of segregation have declined,” Murtagh says. But the mixing of the different groups hasn’t occurred in the whole city. The south, where Queen’s University is situated, is a mostly mixed area. It is mainly middle class, there’s a lot of students and the two hospitals. “But in other neighborhoods the segregation has gotten worse ten years after the Good Friday Agreement, that ended the Troubles, than the ten years before.” According to Murtagh, these areas have become poorer and more violent.

It all starts with the children

Kevin is a taxi driver and tour guide at Black Taxi Tours. The outspoken nationalist and Irishman shows many tourists around the peace walls dividing the West and the East of the city. He believes that ending the segregation would have to start with the children’s education: “Kids are still in segregated schools,” he says. “There are mixed schools, but they don’t get the number of students that they would like. Most kids still go to Catholic or Protestant schools. They aren’t really friends with kids from theother side until they go to university.”

Professor Murtagh sees this among his own students at university as well. “Students here often come in from segregated areas with no experience ofthe other. With no experience of the city. But they become friends with each other. We go on field trips together, we see them on nights out, and there they look after each other.”

Another big reason Belfast is still so segregated in the west and east, is the public housing market. Because the neighborhoods in the west and east are generally quite poor, most people rely on social housing. Especially in West Belfast, the demand for social housing is big, with around 8000 people still on the waiting list for a home. They could be housed sooner, “But Catholics pick only areas to be housed in that are predominately Catholic. No one in their right mind is going to a Protestant area. They wouldn’t last five minutes,” Murtagh says. The housing agencies cannot do much about this, since it’s the preference the people that are to be housed give up, which shows that the division of Belfast is not as easily changed.

“The streets should have names! It’s common sense to have street names,otherwise you would make it very hard for the postman,” Dr. Murtagh laughs. Then his tone becomes more serious again, as he continues: “What we should do is not get annoyed when a street is called something, and people shot not get shot because of what neighborhood they’re from. Which is certainly what happened and still happens. Streets, neighborhoods, your surname, all of those things matter. And shouldn’t.” 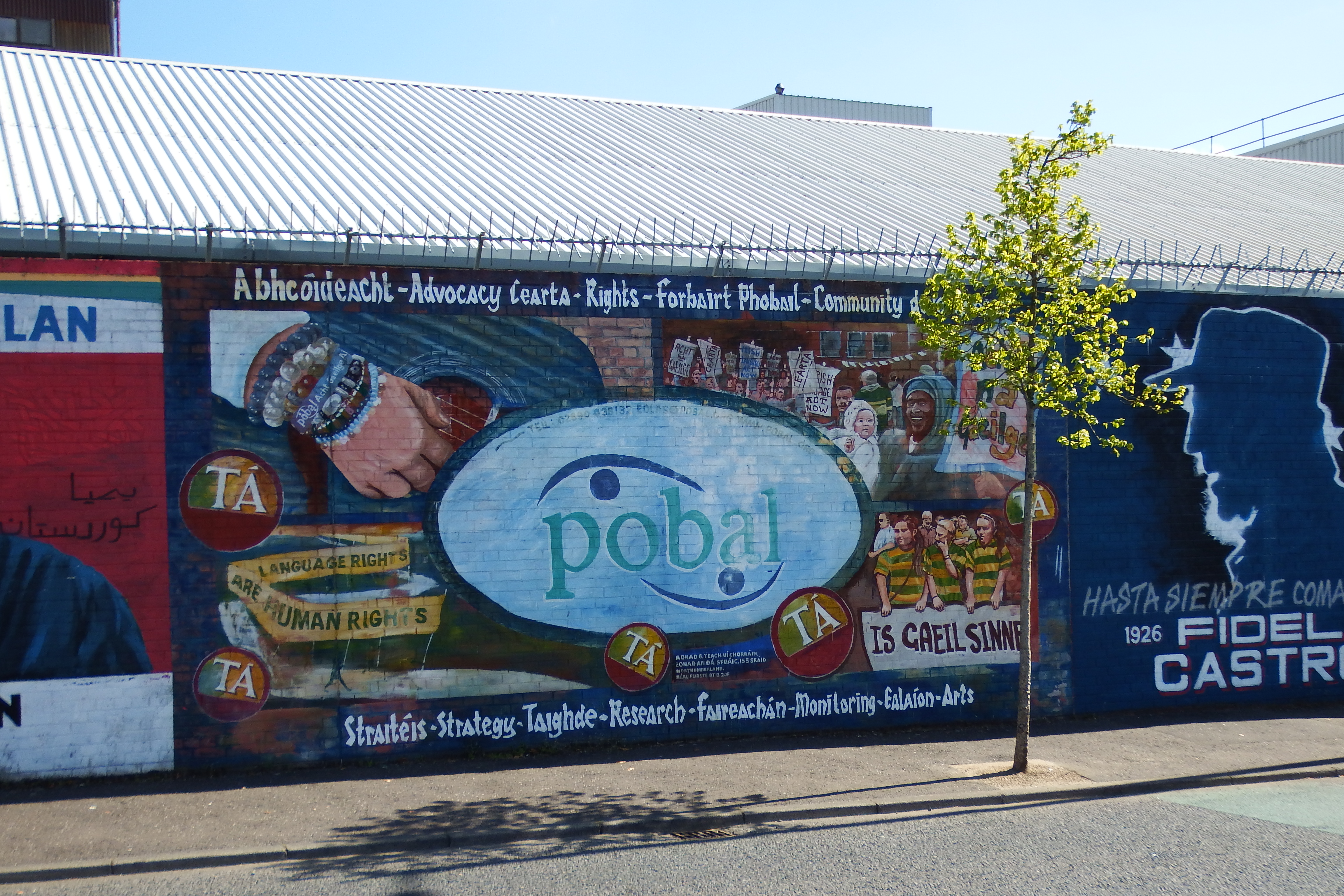