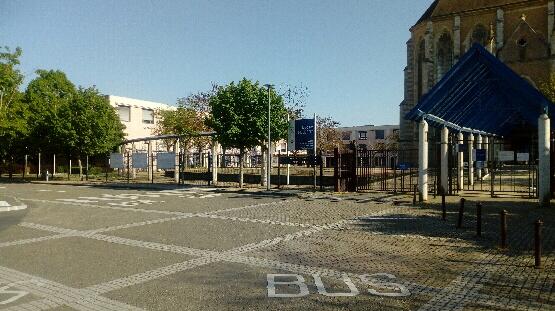 Emmanuel Macron announced on Monday an additional month of confinement for France, news that did not make the French happy. It was to be expected, yet, it felt unreal until it happened; and many more questions are raised as a result. With these, also come a lot of debates.

First of all, I, like many others, wonder about the state of the economy and more specifically it’s future. That is probably the first thing -before the latest announcement- that got everyone in France thinking “The government can’t possibly give us another full month; the economy will crash.” Well, we were all wrong because apparently, it can. Workers are left in uncertainty concerning taxes and other charges, and most citizens worry about the state of their finances and the kind of money they are eligible for.

Even though I don’t get a salary as I’m still a student, I’m worried about the shops, cafés and restaurants in my small town where most of them are independent. I’m afraid that we’re going to lose all the nice places that shape this town economically and socially; especially when high rents and meter parking only already led to lots of shops closing. It’s only going to get worse.

Apart from the economic aspect of this confinement, there is also of course, the social one. We now have to deal with an entire additional month of social distancing. Although I’m an introvert and like staying inside, it’s starting to be too much for me. On that note, I’m giving you the link to Jonas’ article on this website about his interesting point of view on the situation as an introvert, if you haven’t read it yet. http://euroviews.eu/2020/04/11/no-the-corona-lockdown-is-not-heaven-for-introverts/

Given that an introvert likes to have time alone, I feel like I need a break from the people I’m confined with. Don’t get me wrong, they’re my family and I love them. But I think it’s important to distance from the people we love most in order to enjoy the reunions. Like most people for sure these days, I miss going out. Thinking that I live just a few minutes away from my friends and can’t see them makes me crazy. But like everyone else, I have to cope with it and try to keep myself busy.

However, I can say that I lost all productivity and creativity and I worry about the end of this semester. I feel like it’s hard to keep a productive routine and keep in mind that the semester is not over. It’s easy these days to fall into the trap of the “holidays”, especially with the weather we usually have in June.

But the main concern, that turned into a debate, is the reopening of schools on May 11th. If the French are questioning that decision, it’s because universities and most public places will stay closed until the end of the summer. So, I also wonder, why reopening the country only partly? I get that public places will still be risk areas after the confinement ends. But I find it ridiculous that schools will reopen whereas universities will not for example, especially when it’s obvious that children won’t understand that they have to keep social distances and take hygiene initiatives. This is the current debate in France. Even though families are relieved to see their children go back to a real and effective schooling system, a lot think there’s a contradiction in the decision made.

Karine Fanon, a mother of a 12-year-old teen, said “It’s illogical to let the children go back to school while other public places are still closed. It should be all or nothing. I personally don’t agree with that and the fact that my daughter will have to go back to school when they say there is still a risk of contamination.”

The problem in that situation is that in France, we receive news every day that are in contradiction with each other. We’re told that children represent the category that is the least affected by the virus and the safest, but on another hand, we are also told that children are the most likely to be healthy carriers -thus the most likely to spread the virus. Yet, they’re the first ones who will form large groups in public areas. Lastly, all public places will be closed until mid-July -if not later- and public gatherings will be prohibited, leaving the French concerned. Apart from the obvious economic aspect of this news, people feel it’s unfair given most have plans for the summer. Although selfish and maybe inconsiderate, I think it’s normal that people feel this way. 2020 is a year of fear, uncertainty and social distancing, that feels like a big unreal break in a world put on standby.