They used to called it “Generation 700 Euro”, but nowadays young Greeks only wish their monthly income was as high. As unemployment rates soar and salaries drop, many young students are leaving the country causing a terrible brain drain. A bright future is what Greeks are fighting for but the deck is still stacked against them.
However young students we interviewed reveal that they have no intentions of leaving their country forever. Therefore the battle may be worth it and many turn out to be more optimistic than expected.

The student accommodations located in central Athens look anything but well maintained. Graffiti everywhere, dirty broken windows and posters which promote demonstrations against austerity and the crisis are stuck to the walls creating a mosaic of different colours. A guard is sitting behind a desk and is expected to regularly check who walks in and out the building.

“He is supposed to be doing his job” says Alexandros, the 23 year-old Greek I was meeting for a chat about his future as a young student “instead he is playing with his smartphone once again”.
He told me how just a few weeks before burglars walked in and stole very expensive hardware from the building.

Alexandros is one of the many students who were lucky enough to be offered a room in this massive complex which is part of the University of Athens. Rooms are provided free of charge to students through a government plan, in the same way all courses and textbooks are also free. Moving for his studies from Thessaloniki, the country’s second biggest city located 500km outside of Athens, Alexandros had priority in the allocation of the rooms.

Education is an inalienable right

As Greece is the very birthplace of academia, it comes as no surprise that the right to free education is embodied in the country’s constitution. The system though remains far from the privileges offered to students in Northern Europe, such as generous grants provided to Danish students or free rail transport to the Dutch; however, for a country which is struggling to stay in the EU and to keep hold of the Euro, free education might actually come as a surprise to many.

Neighbouring Mediterranean countries Italy and Span however, both involved in the same deep crisis Greece has been going through lately, do not offer neither free higher education nor free student housing. Greece therefore seems to be keeping the right to tuition-less education untouched from harsh austerity measures.

“A state that is losing its youth is a bleeding state”

However, regardless of these government plans which might help students enter higher education and not give up because of sky high tuition fees, Greece is currently going through a major brain drain. Many students decide to either go study abroad or leave the country as soon as they have completed their bachelor. This has consequences on they way in which Greek society will evolve in the future. “A state that is losing its youth is a bleeding state”, said MEP Manolis Glezos in an interview “It is certain that this “brain drain” of well-educated youths bereaves the country from “brains” that could contribute in the evolution of the Greek society and the purging of our economy.” he continues.

Greece is suffering from exceptionally high rates of youth unemployment, currently the highest in the European Union. Exactly half of the country’s youth is out of work and unfortunately there seems to be no sign of improvement. When interviewed, Glezos also emphasised how young Greeks are deeply concerned for their future, as “the only thing waiting for them at the end of the road is unemployment”. But he underlines how there are a few “lucky ones” who will manage to find employment, however entering a market “governed by insecurity, provisional or partial employment and employer promiscuity”.

By speaking to ordinary young Greeks, it appears that is not just an opinion of politicians in Brussels that the labour market is incredibly fragile. The three young Greeks we interviewed stressed the insecurity of current jobs, where employees are treated as people who are easily replaceable.  “If you don’t like the job, you get fired and they can hire someone else as the demand is high” said Panos, a 22 year-old student living in Athens who has already experienced the Greek labour market.

However, one interesting result of talking to regular young students was the optimism that prevailed when they were asked about their own future.

While we are used to reading about difficult work conditions, high unemployment rates and exceptionally low salaries, a rather optimistic youth might come as a revelation. The three Greeks we talked to, Alexandros, Areti and Panos, all share a strong passion for their country and the willingness to help their community develop.  A “brain drain” might as well be happening, as figures show that as many as 200,000 Greeks have left their country since the start of the financial crisis. However we have learnt that young Greeks who moved abroad have no intentions of staying away forever. “I may not see the start of my future here, but eventually I’ll be back for sure” says Areti, 16.

Profiles: a youth that speaks for itself 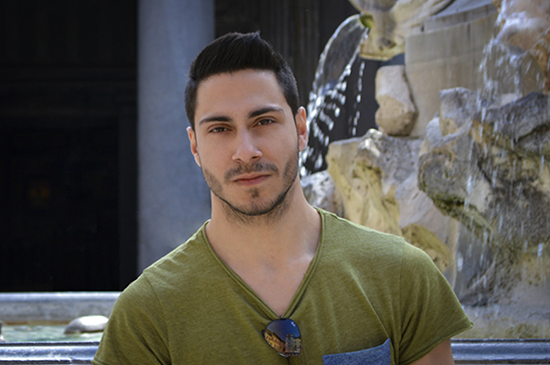 I have been working for Sony Mobile Telecommunications for three years and was fired in October. I am currently studying computer science at the University of Athens and I do “coding” for different Greek companies and I really enjoy what I do. I am worried about the situation in my country as many students and friends of mine are leaving the country to find a better future elsewhere. For people of our age, unemployment in Greece is really high, it’s above 50 percent. It’s really hard to find a job and once you do, employers treat you like something that is replaceable anytime. There are many people waiting for a job even for very little money; the salaries are too low , and you hardly make it to live.

I don’t really know about my future yet, I have great dreams, I want to do so many things but it’s really hard to predict. I want to stay in my country, work in my country and contribute for my country. But when a country does not offer opportunities and does not help you to achieve your dreams, you must find another way and if this way is called living abroad, I definitely will in order for my dreams to come true. 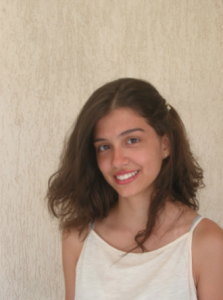 I am enrolled at an “experimental” school which is part of the University of Athens. It’s a system which works for two years though Syriza now wants to change it. I don’t have a job at the moment as Greek students at my age are usually unemployed. I want to study maths for my bachelor, and I want to leave Greece to do so.

I am generally optimistic, I want to study hard and eventually move back to Greece because I really love my country. I may not see the start of my future here, but eventually I’ll be back for sure.

Things here change very quickly, and I honestly have no idea what the situation will look like 6 years from now when I’ll have completed my bachelor.

The situation here is neither good nor drastic. As I said, I am quite optimistic and I want to believe that everything will change into better. I always tend to see the bright side of the situation. We do talk about lack of money, but the situation is not as bad as the media portray it. We may not have money in abundance, but definitely enough to eat and buy clothes. 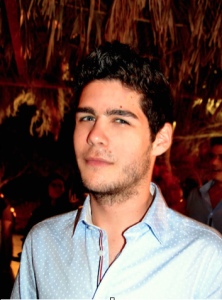 In Greece the situation is not easy. Many young people are out of work and wages are very low. The average salary is about 390 euros per month after tax. You would work 10-12 hours a day and earn very little money and employers don’t treat you like a precious component of the company. If you don’t like the job, you get fired and they can hire someone else as the demand is very high. For this reason many young people choose to go abroad and it’s really bad because all educated people are leaving and only uneducated people are staying. The government invests a lot in our education and then the country’s capital leaves. I have a part-time job in a company which produces organic cosmetics, but it still doesn’t pay all of my living.

I would like to move abroad however because I want to enjoy the full potential of what the EU gives me and I am currently involved in youth NGOs. My dream job would allow me to travel constantly, because it’s my biggest passion.

I don’t expect extravagant salaries, but just a job that allows me to live with good life standards. So when people ask me if I want to go abroad I say: yes, only if I don’t find a job in Greece that satisfies me.