It’s a busy evening in Belgrade’s Impact Hub, a spot in the city centre where young people can meet and work. Pavle Krivokuca (22), a social entrepreneur, is talking to around 80 motivated young people about not letting good ideas slip, thinking the execution will fail or is too hard.

Belgrade, Serbia – The majority of the audience is under 22 years old, shows a question to the public. There are young men and women, alternatively and corporately dressed, but they all have one thing in common: they want to learn and get inspired. With his organization Incitement, Krivokuca is organizing workshops for people who have an inventive idea, wanting to start up something, may it be an NGO or enterprise, but need a little push in the back.

With his one small dread, scarf and wide jeans he doesn’t exactly look like a typical businessman, but Krivokuca is devoted to entrepreneurship and social change, at quite a young age for Serbian terms. In the Eastern European country, they start quite late with living an individualistic life, which is one of the remnants of the past, according to Neven Marinovic.

The apathetic Serbian youth, their lost belief in politicians and the impossibilities of change: just a quick summarization of the allegations told by the common man in the taxi, barbershop and supermarket. Youngsters have the idea they cannot change anything, and individualism and entrepreneurship, two main drivers in a capitalist liberal economy, are not heavily promoted in the former socialist country. But there is another side to those stories, and its lead role is played by young people that try to have a positive impact on society through entrepreneurship, NGOs or activism.

While enthusiastically sliding through a PowerPoint presentation, Pavle touches upon important topics, such as financing, social media usage and passivism. The attendance is higher than at his previous events. “The popularity is growing. I hope this one combats passivism,” he says. 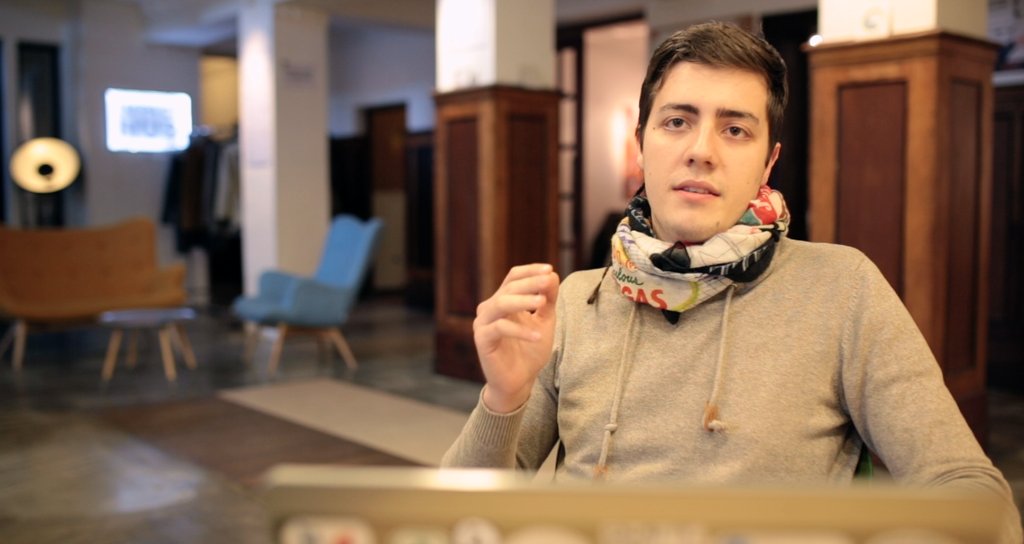 Krivokuca about the changes that need to occur within the entrepreneurship environment.

A discouraging business climate
‘Invest in Serbia’, tells a sign at the Nikola Tesla airport in Belgrade the arrived tourists and Serbs returning to their homes. It’s the first concrete sign that shows an effort to establish a business climate in an area that can use some encouragement to stimulate the economy within the country, according to the report Boosting Social Entrepreneurship and Social Enterprise Creation in the Republic of Serbia (2012) of the Organization for Economic Cooperation and Development (OECD).

“The current economic environment in Serbia is challenging, because a social economy cannot exist when the rest of the economy is weak,” says Žarko Šunderić, team manager of Social Inclusion and Poverty Reduction from the Serbian government. “The situation is not that great. At the same time there is a problem with understanding social entrepreneurship in a proper way, because it gets confused with the old socialist, state-led social businesses we had.”

According to Šunderić, it is important to have a better understanding of the term social entrepreneurship between the government, social businesses, civil society organizations and companies. “There is still no clear strategy in Serbia on the first steps that we need to take. We are lacking the strategy for social entrepreneurship, and without that, most actions are not that effective.”

It’s not easy for young people to start a business, let alone a social business. If you want to start a business in Serbia, you have to pay 100 Euros of taxes from the beginning on, even when no money is being made yet. “This is not connected to your income. On top of that you don’t get any support from the government and the bureaucracy is very complicated,” Krivokuca adds.

Individualism versus collectivism
Due to the global economic crisis, youth unemployment in Serbia is sky high these days. The latest figures of the country’s statistical office show that 49,4 percent of young people on the labour market are jobless. Nearly two thirds of young people wants to work for the state, mostly for security reasons and the assurance of a lifetime of work, which is not just a result of the crisis.

“A culture of independence is not supported,” says Neven Marinovic, director of Smart Kolektiv, an NGO that focuses on corporate social responsibility in Serbia. “Within the family spheres and the school system, nobody ever asks you for your opinion. You are there to hear things and to reproduce them. The better you reproduce the information, the better the grade.” Marinovic has put stickers with Serbian solidarity statements everywhere in his office: on the walls, his desk and the steel filing cabinet. A green one expresses “soc is hot”, another one “inoviraj or kraj”, which means innovate or end. Marinovic explains the meaning of every sticker, all calling for more solidarity and social change. 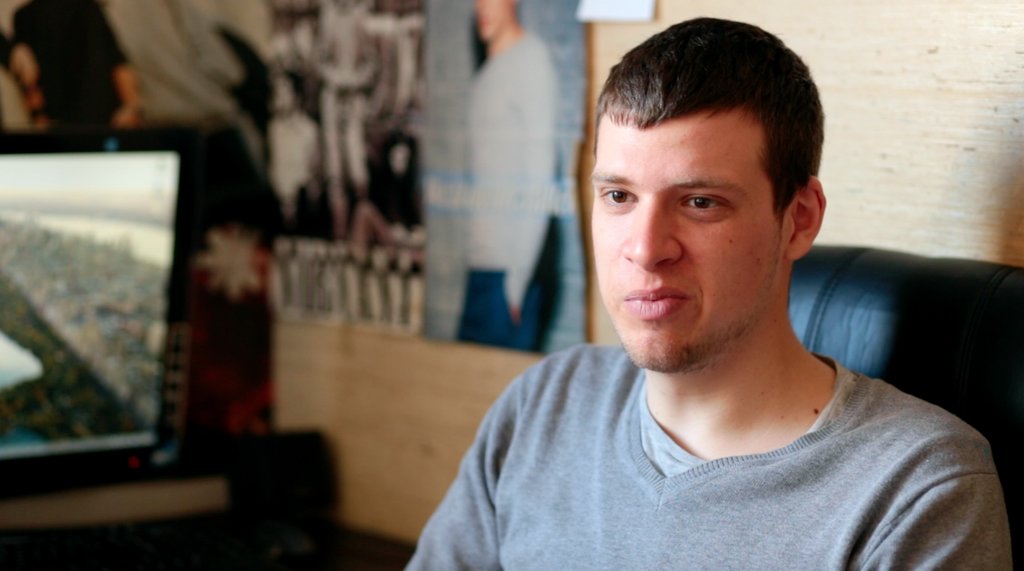 Filip Vuksa has been striving for social change since he’s fifteen years old.

He adds: “We train people for skills they don’t need at all on the labour market and we are not willing to change that. At the same time we say to them: ‘Don’t take risks’. And even the few that want to take a risk, have very little opportunity. Where to get a loan? How to start a business?”

According to models of The Hofstede Centre, a think-tank that analyses country’s organisational cultures, Serbia scores low on individualism and very high on risk avoidance, exactly in line with Marinovic’s words.

In the supermarkets, cafés and shops, it is rare to see a young person filling boxes, serving coffees or selling clothes. Often it is done by a middle-aged woman or man with a gentle smile. While in Northern European countries people get hired from a very young age on because they are cheap, in Serbia the complete opposite is true: young people often stay in university till their mid-twenties before starting to search for a job.

A stiff transition
To understand why it´s so difficult for social entrepreneurs to start a business, it is essential to take a trip down memory lane: back to the nineties, back to the dictatorial Milošević era and the difficult transition from a socialist state-planned economy to a more liberal economy.

One of the most important parts of a liberal economy is a small public, subsidy-receiving sector, and a big private sector that through competition strives for innovation and profit. “In the last ten years, we have not accomplished to become any kind of a free economy,” says Danica Popovic, professor in macro-economy at the Belgrade University. “More than 60 percent of the GDP is produced by public enterprises, run by political parties, state officials or business people close to the government.” 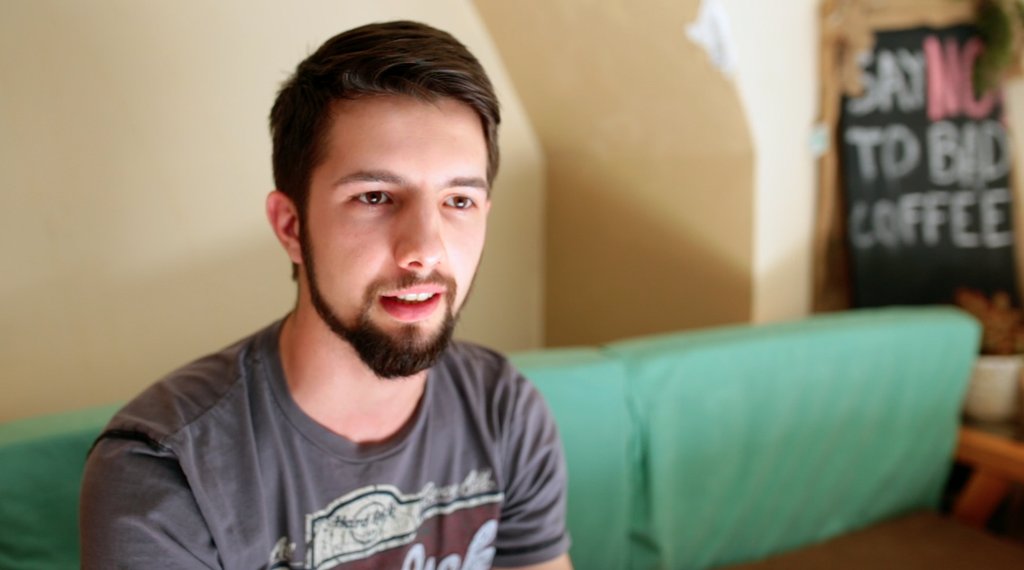 Through developing the Give Away App, Matija Rodic (24) hopes to regenerate solidarity.

According to Popovic, there is no intention from Vucic, Serbia’s prime minister, to privatize the economy. Under his ruling, only two liberal laws have been created. “We all know there’s one thing to do: prohibiting political parties from running state companies. But that will not happen anytime soon, as these companies finance the political parties. Without it, Serbia’s democracy would fall apart.”

Privatization means losing this channeling system, that has been in place since the Milosevic era. “And they don’t want that. It’s very bad for entrepreneurs, who cannot operate in a free market.” Not only economic reasons explain why many youngsters feel apathetic. The rigid political situation over the last 20 years paralyzes the youth even more. “In all those years, nothing has really changed,” Simon Simonovic (33) says, one of the former coordinators of the high school branch of Otpor!, the student organization partly responsible for overthrowing the Milosevic regime.

After leading several NGOs in Serbia’s then newly democratic society, he quitted, admitting that it was impossible to make any kind of change. “There has been democracy since Milosevic was overthrown, but with every election the winning party turned out to be as bad or worse than the previous one,” he sighs.

While smoking a cigarette, he explains that since the assassination of Zoran Dindic in 2003, Serbia’s first democratically elected president, people have gradually lost trust in politics. “When you look at the political situation of today, you see a parliament with hardly any opposition and ministers and state officials who were also working for the Milosevic apparatus.” 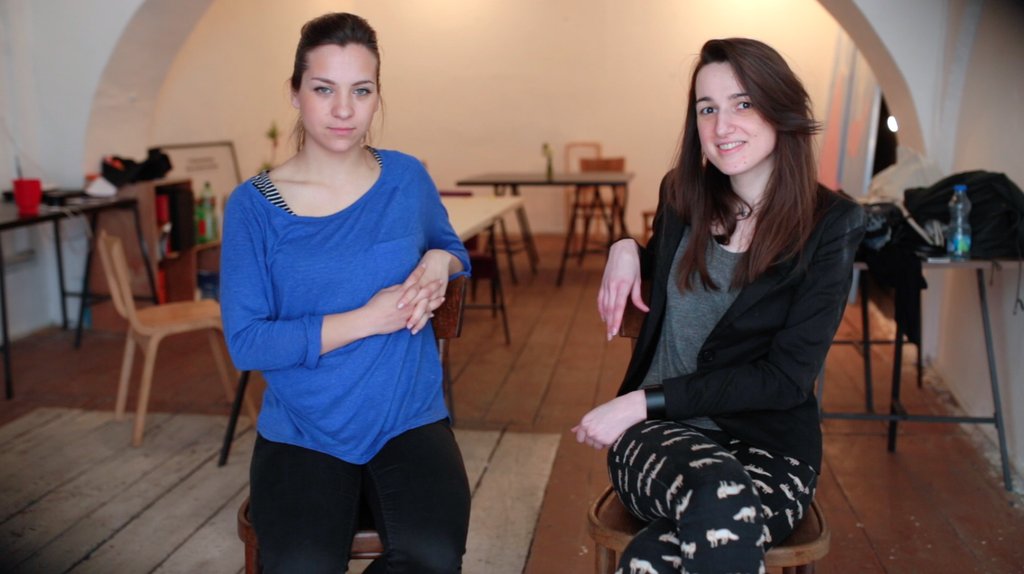