Many women play active roles in the Catholic Church, but they can’t have sanctioned titles. Even becoming a nun doesn’t get someone the boon of the sacrament of Holy Orders — only men can be ordained as priest. However, this institution was not always like that. The Catholic Church of the past was a little more feminist. According to a scholar, “I think the Church has let us down, and I think the Church has let us down relatively recently. The early church was very much not anti-woman. The gospels are not anti-woman.”

In fact, in the Greco-Roman world, when Christianity was not yet the official religion, Christian women enjoyed far higher status than did pagan women. Alessia Lirosi, a Doctor of History at Università di Roma La Sapienza, highlights that “in Ancient History, female Christian missionaries were free to go around society, teach and help others. Whereas the so-called pagan women, were enclose in repressive sex roles as men treated them as scarce goods.”

What is not scarce is the evidence of women’s religious activity. “Certainly there’s evidence in the New Testament itself of women doing many things within early Christianity.” Continuing referring to the Bible, the sacred  book for Christians, Dr. Lirosi explains: “The apostle Paul, the most prolific writer in the Bible, calls women co-workers. And he even refers to one of them with a word in Greek that we would translate as deaconess.”

But preaching was not the only activity women were involved in, theyalso served their parishes during baptism decades ago. “The sacrament of baptism was held in baths. Women sponsored the female ceremony due to this reason,” Dr. Lirosi describes.

Double monasteries are another example of the importance of women in religious institutions. “Double monasteries are religious houses comprising communities of both men and women, dwelling in contiguous establishments, united under the rule of one superior, who was usually an abbess, and using one church in common for their liturgical offices,” PhD. Lirosi defines. “And, according to our research, the most powerful person of the establishment, the superior was very often an abbess. That is to say, a female leader,” the scholar concludes.

Christianity became the official religion of the Roman Empire when a Roman soldier, Constantine, won victory over his rival in battle to become the Roman emperor, he attributed his success to the Christian God.

Constantine became the Western Roman emperor. He soon used his power to address the status of Christians, issuing the Edict of Milan in 313. This proclamation legalized Christianity and allowed for freedom of worship throughout the empire.

But Constantine also turn the tide on women status. According to Dr. Lirosi, “Christians had to adopt the political and social organisation of the Romans in order to survive, where sexism was more predominant.”

Protestantism brought many changes to European society, also to Catholic women. From that moment on, wife or cloistered nun were the options for Catholic women during the 16thand early 17thcenturies. “Aut murus aut maritus, which means ‘either a cloister wall or a husband’ was, indeed, the Counter-Reformation slogan,” Dr. Lirosi points out.

“Due to the Counter-Reformation, Catholic society offered two respected roles for women: wife and cloistered nun.”

Popes of the late XX and early XXI centuries

Major changes with regard to women’s freedom took time. Women had to wait until the Second Vatican Ecumenical Council to receive news. Paul VI told women, in 1965, “at this moment when the human race is under-going so deep a transformation, women impregnated with the spirit of the Gospel can do so much to aid mankind in not falling.” Then, he opened theology faculties to them.

A couple mandates afterwards, Pope Benedict XVI had a papacy considered far from feminist. He did not welcome female priests, did not support the use of contraceptives, did not pause the church’s campaign against abortion, and did not change its stance on homosexuality.

The Pope of these days, Francis, tried to turn the tide (allegedly) without any success. He commissioned a research to study the history of women deacons in the Catholic Church and the possibility of ordaining them. However, according to Dr. Lirosi, “the commission didn’t work towards the later purpose. Parishioners will more likely have a married priest than a female one within Catholic communities.”

“Parishioners will more likely have a married priest than a female one.”

And that’s what happened. Pope Francis stated, in November 2016, that the Roman Catholic Church cannot ordain women as priests. In a news conference, the Pope cited an apostolic letter written by Pope John Paul II that said ordaining women was not possible because Jesus chose only men as apostles. “It was given by St. John Paul II, and this remains,” Francis said. Asked if that meant “never,” he responded, “It goes in this direction.”

Brethren Flor de Francisco and Hortensia Bartolomé, from the religious congregation the Suore del Sacro Cuore (the Sisters of the Sacred Heart), described the same scene when asked about their desire of occupying positions of responsibility in the Catholic Church. “Presiding the Eucharistic celebration is a great responsibility that, personally, I am not looking forward to fighting for,” points out Hortensia. She calls upon the Last Supper scene to support her argument. “None apostle loved Jesus as much as his mum did, the Virgin Mary. However, at the Last Supper, He decided not to ordain her.”

“Women have lot to do within the Catholic Church. There is no need to achieve the Holy Order in order to carry out respectable tasks.” Hortensia keeps explaining, “As women, our identity is different. We are more caring and thoughtful. Men and women make a good team because their skills are complementary.”

Regarding the tasks women carry out within the Church, priest and professor at the University of the Holy Cross (Rome, Italy) Miguel Ángel Ortiz points out that “The fact that women can’t have sanctioned titles doesn’t mean the tasks they perform are less honourable.”In fact, the greatest character of Catholicism is a woman: the Virgin Mary.

However, the theme of Mary’s virginal conception of Jesus has not been helpful for women’s empowerment, according to scholars. The link between sexual intercourse and the transfer of original sin has contributed to stigmatization of women’s sexuality. Feminists often challenge this interpretation, claiming that the figure of Mary cannot serve as a role model for ordinary women, who can never achieve simultaneous motherhood an virginity.

Women’s dignity is not always on the agenda for Catholics. The New York Timespublished an article, in March 2018, exposing the economic exploitation of nuns in the Vatican. One year later, Luccetta Scaraffia, the Editor-in-Chief of the Women Church Worldsupplement to the Vatican’s newspaper, L’Osservatore Romano, resigned claiming that a hierarchy dominated by men was marginalizing them and did not value their work.

In the referred article, Sister Paule pointed out that many nuns did not have registered contracts with the bishops, schools, parishes or congregations they worked for, “so they are paid little or not at all.” Sister Hortensia agrees and talks about the gender pay gap. “Men and women receive unequal salaries. This current phenomenon is very unfair.” Sometimes, “nuns are seen as volunteers to have available at one’s calling, which gives rise to abuse of power.”

Women trying to turn the tide

However, feminist and Catholics have something in common besides the colour violet. A “Manifesto of Women for the Church,” also published in the March issue of Women Church World, calls for giving women “roles that are coherent with our competences and capacities.” The document has circulated on social media and is being shared by women who are active in church institutions and parishes throughout Italy.

Alessia Lirosi believes that while Catholic feminism exists, the institutional Catholic Church, namely the Vatican and Magisterium, is overtly anti-woman. While women have been clamouring to have a greater role in the decision making of the male-centric Catholic Churchafter the Second Vatican Ecumenical Council, the road is still steep. 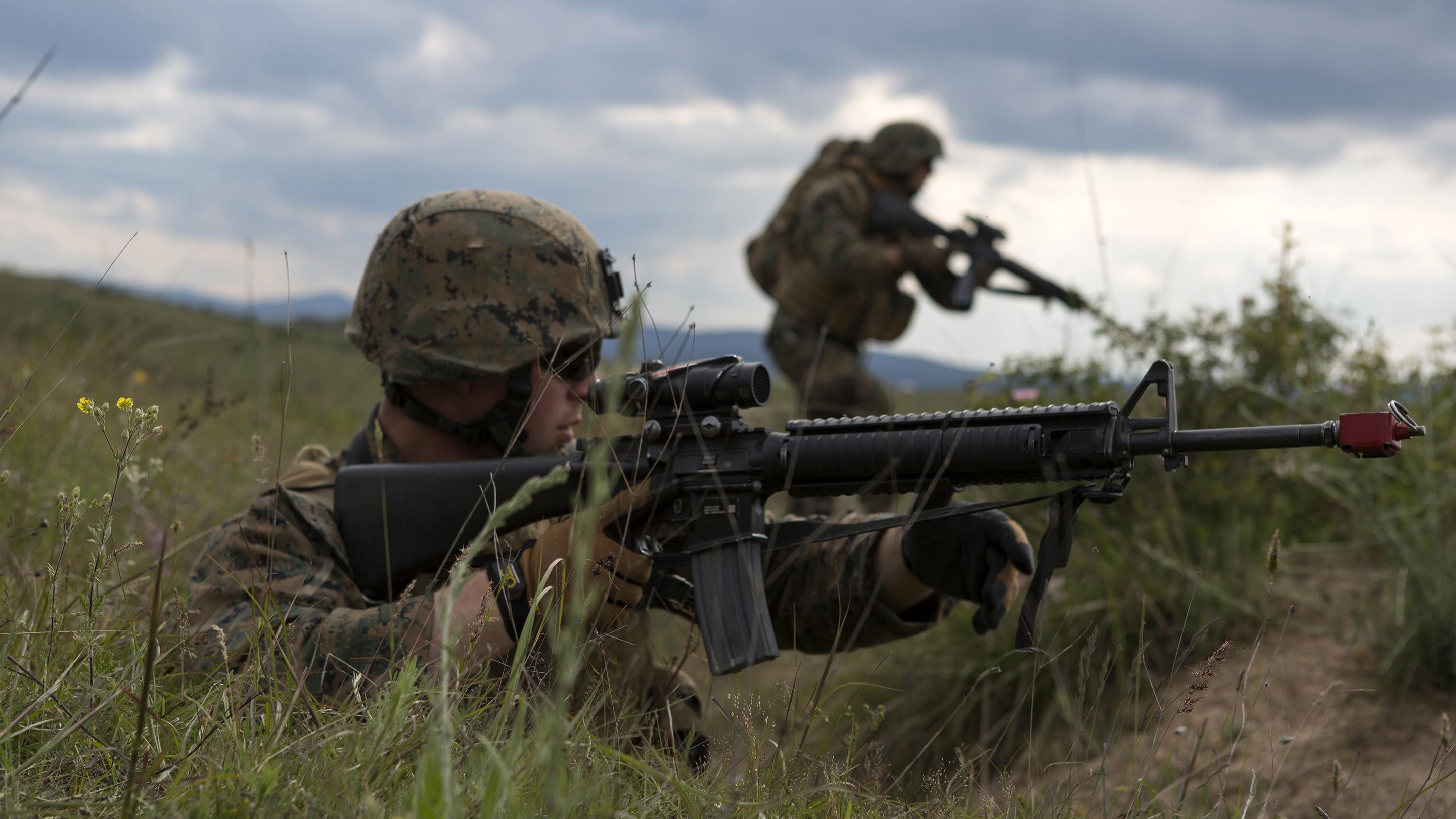