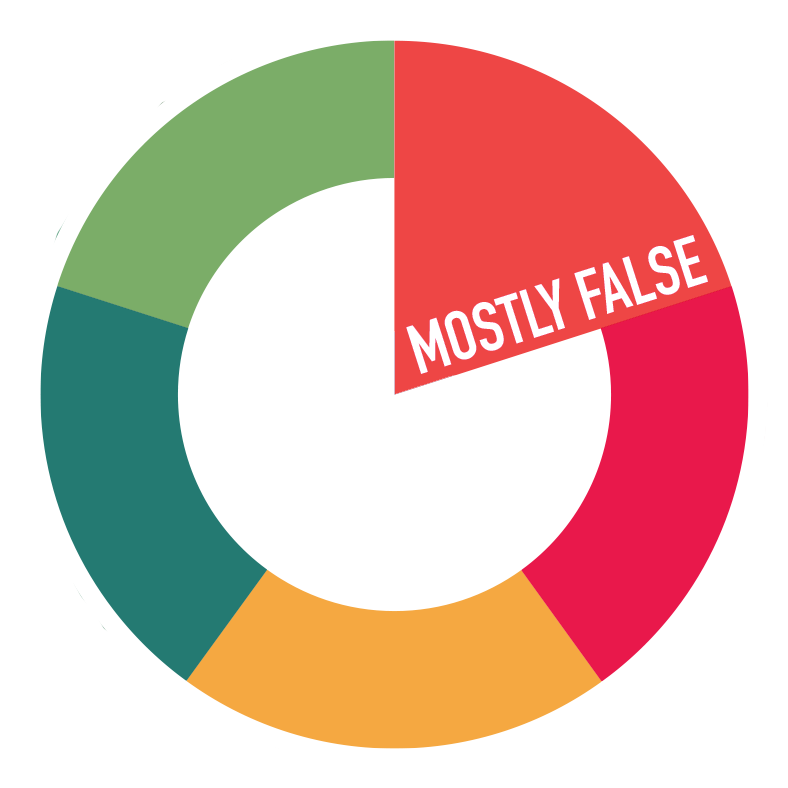 Domestic violence cases have jumped by 30 % during lockdown in France. Being confined at home with abusive partners increases the risk to victims. A TV report on Channel One Russia, covering the situation in France, included the claim that using code word “mask-19” is a common practice among French women to let people know that they’re being abused at home.

Channel One Russia is known as a pro-Kremlin broadcaster. This reputation is based on the fact that its majority shareholder is the state. Channel One is the second most popular channel in Russia, which reaches numerous national and international audiences.It has a wide network of correspondents around the world, including France. Zhanna Agalakova is an experienced journalist who has been living and working in France for about 15 years. In her report, she talked about a spike in numbers of domestic violence cases and said that French “pharmacies now know the code word “mask 19”. If someone utters it, it means that they want to make it clear that they are in a hellish situation at home, and the aggressor is standing next to them.”

In order to check this information, it is needed to find the source that said declaring “masque 19” at pharmacies is a way to let people know about domestic violence. A google search led to the article “French women use code words at pharmacies to escape domestic violence during coronavirus lockdown,” published on ABC news .

Scrolling downwards, you can find the following paragraph, pointing at the source of the code word:

“Asked about the policy on national broadcaster France 2, Christophe Castaner, the Interior Minister, said that the lockdown put in place since March 17 in France to stem the COVID-19 pandemic had resulted in an increase in domestic violence.”

“In the area of the Paris police prefecture—which covers Paris and three surrounding suburbs—Castaner said it had increased by ‘36% in one week.’”

“On March 27, the Interior Minister had put a strategy in place with the president of the Pharmacists’ Guild that pharmacists would be a first port-of-call for victims of domestic violence. The code word ‘mask 19’can be used by the victim if she is accompanied by her spouse, he had suggested.”

What exactly did the source say?

Having found that Christophe Castaner, the Interior Minister of France, suggested using “mask 19” as a code word in his interview for France 2, we proceed with searching the video of the interview. A video fragment of the interview was found on the site of one of the French TV broadcasting aggregators.

Indeed, in this interview, Christophe Castaner talked about the possibility of setting up a code that victims of domestic violence can use at pharmacies to let police know about their problems:

“I spoke with the president of the National Order of Pharmacists and we agreed on a proposal: to ensure that a woman, perhaps beaten, can come to pharmacy and give the alert there. And then we can intervene immediately to protect her […]”

Then he added: “It has been practiced in Spain for a few days already, with a code name. You ask the pharmacist to “give me masks 19” and at that moment it is becoming a warning signal. I’m not going to set that code name and if I said it, it wouldn’t make sense.”

So, ‘mask 19’ was used by the Interior Minister of France only as an example, and it cannot be used for identifying women suffering from domestic violence. “It would not make sense” because not only potential victims, but their abusers as well, are now familiar with this code word.

Taking all the information found, we would evaluate the claim in Channel One Russia’s report as mostly false. French women were suggested to use a code word at pharmacies to escape domestic violence during lockdown, but not “mask 19”. This word is just an example from Interior Minister of France, Christophe Castaner.