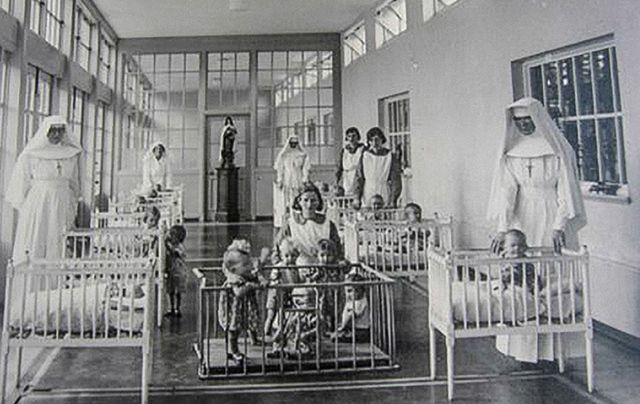 An Dail Eireann (Ireland’s Government) announced Ireland’s newest redress scheme for survivors of Mother and Baby Homes on the 16th of November 2021. The scheme offers payment plans as well as a tracking service for family members of survivors and past residents of the country’s darkest institutions, but is it enough? And is the state taking enough responsibility?

“No. It is not enough” Clodagh Malone says on Ireland’s Mother and Baby Home Redress Scheme.

Clodagh Malone was born into a Mother and Baby home. She was adopted at 10 weeks old. Her adoptive parents told her when she was 5 years old that she was adopted by telling her that they found her in a cabbage patch.

“I don’t qualify for the scheme as I was only there (in the home) for less than six months. But that doesn’t take away the fact I have been traumatized. Whether someone was there for 10 weeks or 10 years, we were all traumatized” Malone says.

Ireland’s Redress Scheme provides past residents and survivors with financial compensation, as well as a service to help access personal data found within 14 Mother and Baby Homes and 4 County Homes. But these 18 institutions are a small fraction of the total amount of homes that were open and running in Ireland until the last one closed in 1996.

Residents must have lived in the home for a minimum of 3 months and max. of 10 years to qualify for the payment scheme, starting at 5,000 euros and to 125,000 euros.

Clodagh Malone refers to herself as a “Search Angel”, helping survivors of Ireland’s darkest homes to track and trace family members lost due to illegal adoption. Malone helps survivors fill out application forms for personal records from these homes, with the majority of the applications being rejected.

“Very sadly, we had a suicide last Christmas” Malone speaks with sorrow. “A young person in their 30’s…, we were going to their process of the search and she had a meeting with TUSLA (Ireland’s Child and Family Agency)…and she wrote to them and she said ‘you have destroyed my life.” And then she took her life.”

Past children of these homes are unable to get their correct documentation such as a medical card and a Personal Public Service (PPS) number due to not having personal records such as a birth certificate from their respective homes.

Susan Lohan from Adoption Rights Alliance refers to the Redress Scheme as a huge betrayal of those formerly detained in various Mother and Baby Homes and the human rights violations they suffered. Susan then had this to say about unmarried mothers and children who are excluded from the scheme:

“Added to those excluded from this scheme are also the 10’s of thousands of mothers & children who suffered the same fate without ever having set foot in a M&B Home Institution because they gave birth in/were born in National Maternity Hospitals, Private Nursing Homes, private homes.  They too were victims of enforced family separation, enforced disappearance & loss of identity simply because of the mothers’ marital status & the children’s “illegitimate” status.”

Speaking to a past resident (will be referred to as Jane Doe) of Tuam’s infamous Bon Secours Mother and Baby Home, where a total of 796 babies and young children were found inadequately buried on the site, she declares the redress scheme as hurtful and a kick in the teeth.

Jane wishes to remain unnamed due to the fact she has never told her children that she resided in Bon Secours out of shame, and is currently coping and seeking help for the trauma she experienced in the home. She was only able to tell her current husband about her past after two years after they were married.

What was a Mother and Baby home and what was it like?

In the Commission of Investigation’s final report, they explain that mother and baby homes, along with county homes, were places where women were admitted due to failure to secure the support of their family and the father of their child. They were forced to leave home as many were poor and in need of a place to stay for free. Many of these women were brought to these homes by their parents or other family members without so much as a conversation.

“I remember when [[REDACTED NAME]] was pregnant, the priest came to her door straight away. Before anyone else knew. And they took her away down to Cork. All because she wasn’t married” Says Patricia Reddan, a woman who grew up in a small town dedicated to their local church.

These women were commonly taken away in secret so no one in their hometowns would know that they were pregnant and unmarried and bring shame to their families. These women were often referred to as “Fallen women” to describe their loss of innocence and purity.

The report declares that women and children should not have been in these institutions. This is what the report said on the experiences of women who once lived in these homes:

“Many of the women did suffer emotional abuse and were often subject to denigration and derogatory remarks. It appears that there was little kindness shown to them and this is particularly the case when they were giving birth… The atmosphere appears to have been cold and seemingly uncaring. They offered little sympathy or counseling to women who may have been rejected by their family and by the father of their child.”

Speaking to Margret Corbet, a past resident of Bessborough’s Mother and Baby home, she recalls her treatment from the nuns who ran and worked in the home.

“When I first went in, they turned to me and said “your name is Alga”. They wouldn’t call me by my birth name.” Margret says with anger and hurt speaking about the homes assigned “house names”, names given to women who entered the home in attempts to strip them of their identity.

“And I wouldn’t respond to Alga. The nuns would keep calling me that, and I turned to them one day and I said “My christened name is Margret. Not Alga.”

“I went to the local priest’s house, I knocked on the door, and he called me dirty.”

“18 years later, I visited the home with my daughter…I spoke to the head nun and she turned to me and said “You had a good time here, Margret.” I looked at her and said “You never called me Margret. I was Alga here.” Margret had made her point towards the very people who she gave two years of her life and lost two children due to. 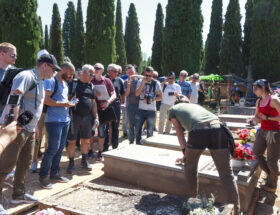