Skip to Content
Home EU-News Where do we stand: The EU addressing conflict 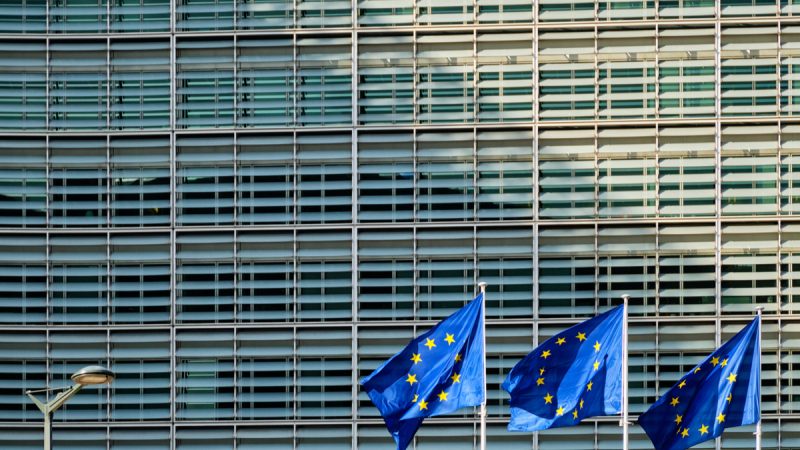 Over the past few years, the European Union has had a lot on its plate when it comes to internal conflict. Internal conflict, in the case of this article, is referring to when a member state has conflict either with the EU or within its own borders. So, what does the EU do when situations like these arise?

In order to focus on the EU’s modus operandi, this article is aimed towards two particular conflictive cases, the Catalan independence process from Spain and Brexit. In the first case, then, the conflict refers to a member state’s internal matters, but that has transcended Spanish borders and affected EU citizens outside of Spain. On the other hand, when talking about Brexit, the analyzed conflict is about the political tension and division directly involving the EU upon the matter of the NI border protocol and how other countries are vocalizing their issues.

Although the cases are completely different, it is interesting to see how the EU has responded to these specific situations. The link between the two cases and so, the point that we can analyze and compare, is the social and political tension in such locations.

When looking at EU’s legal and official guidelines on how to act on member states’ internal conflicts the European Commission states that “The EU can only act in those areas where its member countries have authorised to do so, via the EU treaties. The treaties specify who can pass laws in what areas: the EU, the national government or both”.

Treaties have to be approved by all member countries and action taken from the EU has to be directly subjected to what is strictly necessary to meet the aim of the treaty and only carried out if it can act more effectively than the respective national government.

We can also see that in the legislative sector there some areas that are exclusive competences of the EU, such as customs union, monetary policy and trade; areas that are shared competences between the EU and national governments, such as agriculture, economic, social and territorial cohesion and development cooperation and humanitarian aid; and areas where the EU just can support, coordinate or complement action of member countries, such as civil protection, tourism or public health.

Back in 2017, when the Catalan separatist referendum that Spain categorized as illegal was held, MEP’s did not keep silent within the EU Parliament’s walls. One example is Philippe Lamberts, a Belgian MEP and co-leader of the Greens group, who warned that this situation “threatens the spirit of European integration, even more than Brexit”.

Catalan nationalism dates back to the 19th century, when citizens started asking for a regional self-government, but the central Spanish government would strictly decline it. Nonetheless, since 1978 when the Spanish current Constitution that accepted some demands for regional autonomy was approved, Spain has been struggling to find a balance between these demands and Spain’s integrity and dominant authority.

Catalonia itself has always shown interest in international matters such as the EU, as can be seen since the year that Spain entered the EU, 1986, when Catalonia already had a 4-year old lobby in Brussels called Patronat Catala Pro Europa (now called Diplocat), still used to follow developments in the EU and keep tight relations with it. Nevertheless, central Spain has always played the leading role in all EU-involving matters.

This is why Catalonia has tried to get international support since the massive police attacks towards Catalan citizens on 1 October 2017. The international organs, though, were not able to do much to address the conflict, as is the case of the United Nations, as the General Secretary António Guterres claimed that he trusted “that the democratic institutions of Spain will find a solution” to the crisis.

According to article 4.2 of the 2009 Lisbon Treaty, the EU cannot interfere with state matters concerning “territorial integrity” or “maintaining law and order”. On the one hand, so, the European Commission described the vote as an “internal matter” and President Juncker expressed in an official statement that they were not going to intervene. In the case of the council, an actual member that prefers to remain anonymous claimed: “we have never talked about Catalonia in the council”.

On the other hand, though the European Parliament had a completely different perspective on the case, as we can see from president Antonio Tajani’s tweet: “I spoke to Mariano Rajoy. The European Parliament will debate on constitution, rule of law and fundamental rights in Spain in light of the events in Catalonia”.  In this case, the vice president Ramón Luis Valcárcel also commented on it and described it as “a coup against Europe”.

Clara Ponsatí, a Catalan MEP that exiled Spain after being condemned for the referendum in 2017 by the Spanish government claims that in this case, the european institutions “have had a very unfortunate behaviour, as they have never acted with the argument that it is a Spanish internal matter, but human rights were vulnered and as it stands in the treaty, it is illegal for them not to act in this type of situation”.

The UK leaving the European Union has been one of the biggest EU related uproars that has been seen since they joined in 1973. Prior to Brexit, there have only been three other E.U territories to have formally left the E.U. So, to say that Brexit has been anything, but an uproar would be downplaying it massively.

The latest development is the border between NI and the EU. I spoke with Professor of European Politics David Phinnemore, an expert in his field at Queens University Belfast, who gave me his take on the evolving situation on the EU border in Ireland.

“I think what we have is both the UK pushing for changes in which the protocol is implemented and the EU expressing a willingness to address the concerns around the implementation of the protocol. For the moment I can’t see the UK government moving away from its current position whereby the grace periods continue to be implemented.”

Prof. Phinnemore seemed to take the opinion that the UK is standing firm with its’ position on the border for Northern Ireland.

This has been causing a lot of tension with member states that use UK waters, as concerns mounted over their rights post-Brexit. The main and example of this is the ongoing Anglo-French fishing dispute. It was only recently, on Monday 1st November that the two countries met to continue talks within the EU commission.

This came amidst rising tensions as Macron in the last few weeks demanded more permits to fish in British waters under the UK-EU trade deal, with an alternative being to ban British fishing boats from French ports and to increase checks on exports from the UK from Tuesday November 2.  But the UK downplayed these threats yet again and kept a firm position upon what it wants.

As neither Macron or Johnson are willing to back down, this could mean that the Northern Ireland border dispute could be at a stalemate for much longer, as Prof. Phinnemore explained.

“One cannot ignore the fact that the dynamics that happen with the protocol could be impacted upon by wider disputes and disagreements. The more disagreements you have ongoing at the time, means it is less conducive to reaching some sort of agreement between the two parties on what to do with the protocol.”

It is clear to see that the UK holding such a strong stance on its’ position is making the placement of the border no easy task to settle upon. Whilst an agreement will eventually be settled upon, it may not be one that suits both the agendas of the UK and many of the EU member states.

Exactly what the UK will do next in its post-Brexit round up is still unclear, as it is for the outcome of the Catalan conflict. The U.K has not been as law abiding, with breaches of EU legislations set out for Brexit. In the case of Catalonia, we have observed that the EU has addressed it following the “internal matter” argument, but not taking responsibility for the human right violations that they legally have to act upon. So, throughout these processes, we have seen that the EU has tried to stick to democratic principles and to legislation from Brussels, although de facto it has not always followed through.

After the million euro fine from the European Court of Justice (ECJ) to Poland, it is unclear what the Polish next move will be. What is clear, though, according to Kamila Gasiuk-Pihowicz, member of Modern party, is that the Law and Justice party “is not only destroying the independence of Justice, but it is doing it in the name of Polish citizens”.

These past months both Poland and Hungary have been filling headlines as their threats to the European Union’s authority raised polemic across EU countries, and the dilemma is still about these countries leaving or staying in the EU. The majority of Polish citizens are for the EU, but the leading right-wing government’s policies are not for the majorities’ viewpoint.

When talking about the action that the EU has taken or will take, Clara Ponsatí, a Catalan exiled politician and member of the European Parliament claims that the EU “is not consistent enough, as we have seen in the Catalan independence case, and they always decide to remain still unless they hear from the ECJ, when they feel enough pressure to act”.

In this case, we can ask ourselves what would happen if the EU took further action and overcame its stable and consistent position. The action, besides, should not be taken over citizens, as the conflict is not being raised by them, but by their government. Else, the EU shall push itself into other cases of withdrawal’s, such is the case of Brexit. 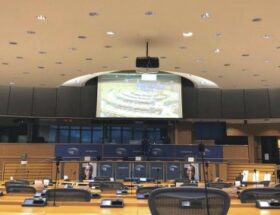 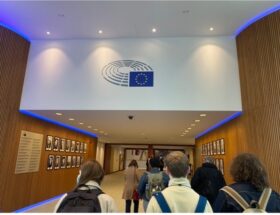