Between Sustainable Practice and Eco- Guilt

Sustainable production and consumption have come into the limelight as more people are aware of environmental problems, especially climate change. This attention created Eco-guilt. It means that people feel guilty when they think they have not met personal or societal standards for environmental behaviour, as stated in ‘Eco-Guilt Motivates Eco-Friendly Behaviour‘ by professor Robyn Mallett.

From food to travel to community events, five young people from Aarhus and Horsens show how they live sustainable lifestyles.

Karen Løhren, 24 years old, is an undergraduate student of classical philology at Aarhus University. She does not buy meat, fish, and dairy products. In general, she spends 1000 DKK on food per month, which is about 40 % less than an average person – who spends 1694 DKK in Denmark according to Landbrug & Fødevarer(Agriculture& Food).

“I dumpster dive a lot,” she said. “Dumpster diving is when I go to the shops and take the food that they have thrown out, which the majority of the time is still good to eat.”

According to Statistics Denmark, the average food waste in Denmark per week for a single-family home was 0.83 kg per person in 2017.

As stated by World Food Programme(WFP), one-third of food produced for human consumption is lost or wasted globally. This amounts to about 1.3 billion tons per year – equivalent to about 5,900 fully loaded cargo ships.

Løhren became interested in sustainability as a teenager while watching a documentary on climate change. “I think what scared me was that when I realized that climate change is not something that’s gonna happen in 100 years, but is actually happening now as we are all experiencing it really really quickly,” Løhren said.

According to Food and Agricultural Organization of the United Nations, global food loss and waste produce annually about 8% of total human-caused greenhouse emissions. It means that food loss and waste contribute nearly as much to global warming as Global road transport emission which generates about 10% of total human-caused greenhouse emissions.

In Denmark, 814,00 tons of edible food is wasted per year as reported by the Danish Environmental Protection Agency. That contrasts its reputation, it ranks 2nd in the Global Sustainability Index according to Earth.org.

Asta Isager, 25, studies sustainable heritage management at Aarhus University and practices food sustainability at the production stage – she grows her own herbs and vegetables.

Isager has various herbs like basil in front of her window and grows potatoes outside that she has been excited about: “If it goes well, I can get up to 8 kilos over the summer from three potatoes. So that’s pretty cool.”

Having grown up eating lots of organic food, Isager said this is why she continued to prioritize sustainable eating habits after moving out of her parents’ house.

“I think I’m definitely getting better at eating less meat and eating more sustainably,” Isager said. Thanks to more attention to sustainability culturally, it became easier for her to find interesting sustainable products and recipes.

“In terms of traffic and bigger things, I’ve decided few years back not to fly anymore. So actually I haven’t flown for 7-8 years, Karen said,” explaining how she wanted to reduce her carbon footprint. She used to enjoy travelling by plane a lot before she learnt that flying is one of the most unsustainable means of transport.

As reported by ICCT, the International Council on Clean Transportation, in 2019, on average, global passenger aircraft emitted 90g of CO2 per passenger for every kilometre travelled.

Another industry that contributes to carbon emissions is the fashion industry. According to United Nations Economic Commission for Europe, fashion production makes up 10% of humanity’s carbon emissions, dries up water sources, and pollutes rivers and streams. Even more, 85% of all textiles go to the dump each year, and washing some types of clothes sends a significant amount of microplastics into the ocean.

“I don’t really buy (new) clothes. I am not very into clothes,” Løhren said. She usually gets her clothes in second-hand stores or from her sister and sister-in-law. She buys shoes but tries to avoid the cheapest shoes that can be broken easily. Instead, she chooses quality shoes that she can wear much longer.

Even with the changes to her lifestyle, Løhren struggles and feels Eco-guilty for her global footprint. “I think I have a bad conscience. Living in Denmark, I can do many things to try to improve my sustainable lifestyle but I’ll still be on the global perspective, I am still a huge consumer,” Løhren said.

According to Lise Isabella Meistrup, PhD student of Psychology at Aarhus University, people want to do more to be sustainable than is perhaps possible, but feeling guilty all the same. “Because our motives are important and meaningful to us. Hence, people are experiencing not being able to fulfil their wishes for a meaningful life,” Meistrup said.

Løhren sometimes confronts situations to compromise with her reality. She aspires to vegetarian but when she spends time with her friends or family, she eats meat.

“There are many days where I sort of tried to forget certain principles of mine,” Løhren said. “When I go to my sister’s place, I sort of put aside certain things that I wouldn’t do. So there is definitely reality sometimes.”

People, who seek to live sustainably, sometimes have to adapt to their circumstances as explained. “People participate in their own context, in which they are supposed to behave accordingly. However, the capitalistic society values individual freedom and excessive consumption, while a sustainable agenda values collective responsibility and reduced resumption. In the circumstance, therefore, the people trying to be ‘good citizens’ would meet a dilemma that is in fact impossible to solve without compromising,” Meistrup said.

However, Løhren tries not to confine herself to her guilts or the gap between her ideals and reality. “I’m also sort of growing in perspective. I sort of tried to see the bigger picture,” Løhren said. Her bigger pictures include a dream to live simple and sustainable. “I don’t have to work too much so I have time to be at home and grow some food, make sustainable solutions,” Løhren said.

Asta Isager showed up to the interview wearing a t-shirt made out of her old pillowcases.

“I went to (high)school where it is very cool to wear secondhand clothes. And it was very like cool to care about the environment,” Isager said. After that, she started not to go to fast fashion stores but to thrift stores. She also upcycles her old clothes or uses other materials to make new clothes.

However, Isager also faces struggles to keep her lifestyle in those sustainable ways. “Sometimes, I found it is really hard, especially with clothes,” Isager said. Recently, she needed to find new swimwear. She tried to find sustainable swimwear but could not afford to buy it new, so she compromised to buy from a fast-fashion brand.

“I do really struggle with feeling guilty like I am making a wrong choice. Sometimes it’s like needing to let go and also expectations you put on yourself. And be okay with not being like perfect all the time because no one is,” she explained.

They said their dressmaking process has made the shop more sustainable. “All our stock is materials that can be made into any dress,” Buch said, adding that they only use materials that are white because coloured ones such as pink can be trendy but only for a few seasons.

The shop’s fabric scraps aren’t thrown away, either, explained Buch. “When you cut a dress, you have a lot of leftovers. And these leftovers, we pass on to artists and other people who are working with smaller pieces of fabric. So it’s all going into recycling and made into art,” Buch said.

All of the base materials, apart from lace, are økotex (Oeko-tex) certified which proves non-hazardous end-products and all of their components, according to OEKO-TEX. Also, they only buy small qualities of lace to minimize waste.

However, they do not promote the shop as a sustainable wedding dress shop.

“I think our customers take care of it in everyday life but since it is a wedding dress, this is their once-in-a-lifetime opportunity,” Fallentin added. Buch couture also offers to dye clients’ wedding dresses after the wedding so that they can reuse them as evening dresses.

“We don’t tell the customers so much about sustainability. In this industry, [there’s] so much greenwashing. You tell this is good for the environment and sustainability and there is always a backside to it. We don’t want people to come and say ‘but there is a back side of this’,” Buch said. She believes that no clothes can be perfectly sustainable and functional.

Greenwashing is when an organization makes false, unsubstantiated, or outright misleading claims about the sustainability of a product or a service, or even about business operations more broadly, according to Corporate Finance Institute (CFI)

For those reasons, they do not advertise it as a sustainable shop but make it as sustainable as possible behind the scenes.

Attention to sustainability has made more people live sustainably, but also caused Eco-guilt. According to these Danes, people need to have the balance between sustainable life and eco-guilt to keep the lifestyle. 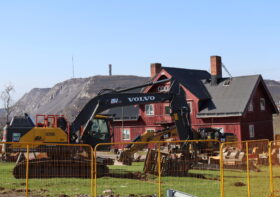 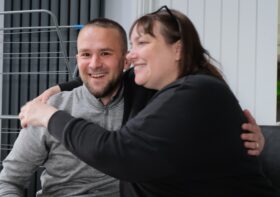