Variety of UK Articles and Acts on Spiking – Showing How Big an Issue it is. // CREDIT: Daragh Ramage

Since the re-opening of nightlife in the UK there has been an alarming ‘trend’ covering the country – ‘Spiking’; drugged by a needle injection or a pill that leaves the victim in a depressing state and has ruined ‘nightlife’s’ comeback from the covid-19 pandemic.

In the last two months of 2021 there have been nearly 200 cases of drink spiking reported to police forces in England alone; 24 of these reports include the form of spiking with injection. However, these official figures do not reflect the true scale of the problem as many victims do not report the crime.

Spiking is a life-threatening action. Whether being injected by needle or a pill in your drink from a type of substance that can leave the individual with serious withdrawals in their health; physically and mentally – affecting their quality of life.

Ellie Reston, University Student at The Robert Gordon University in Scotland, was a victim of this form of assault in late October of 2021, when on a night out in Edinburgh, Capital of Scotland, in a crowded night bar at Waverly.

Ellie spoke on the matter by saying, “I woke up not remembering anything, I thought it was just a bad hangover, but unfortunately that was not the case; someone had put something in my drink during the night without my acknowledgment.’’

She adds, ‘’I was freezing but sweating, and was constantly sick throughout the night from my body trying to reject the substance that was put in me.’’

Spiked victims will suffer from multiple types of withdrawals after the assault. And due to the possibility of injection by an unclean needle it can leave them needing anti-HIV treatment for up to 6 months after an attack – UK Police forces received 56 spiked by injection reports in the last recent weeks from young women.

NHS Administer at the Aberdeen Health Village (Hospital), Rebecca Henderson, confirms how damaging this assault can leave the individual. She states,

[‘’Firstly, they suffer physically; nausea, loss of balance, confusion, unconsciousness, visual problems etc, and then they suffer with the mental acceptance of the assault; this then leads to behaviour changes in society and can upset family and friend relationships.’’]

Now only at the age of 20, Ellie questions if she should go out at night and enjoy her youth, as not only did her drink get spiked leaving her in a state of illness but also memory loss.

Reston showed her concerns by saying, ‘’I have to worry every time I go out, and so does my family. Since that night I always feel vulnerable, even when out with close friends I never enjoy my nights out as much as I did before.’’

Ellie started her university degree back in the Autumn of 2019, and in total she has only had 7 months of the ‘University fun life’, until the corona-virus pandemic hit in March 2020 in the UK. Since then, nearly two years have been spent in and out of lockdowns and multiple changing restrictions that have restricted the young people from enjoying their ‘youthful years’.

‘’I’ve hardly had a university experience due to covid-19, but now there’s this new virus, spiking, that is destroying our lives.’’ She speaks.

The rise in spiking reports, from drink or injection, has created a mass fear throughout the UK, it has sparked petitions and boycotts to occur in order to force the UK Government to act to make nightlife environments safer.

Over 173,000 individuals signed a petition to ‘Make it a Legal Requirement for Nightclubs to Thoroughly Search Guests on Entry’. – until achieved, groups are boycotting nightclubs.

Abersafe – Activist Group – hosted a boycott in Dundee, one of the four main cities in Scotland, called ‘Reclaim the Night’ on the 25th of November 2021. They walked the streets of Dundee campaigning for women’s safety.

The UK Government debated and responded to the petition on the 8th of November 2021, and goes as follows:

“The Law already allows licensing authorities to impose such searches. Decisions on this should be made locally, taking account of circumstances, and there are no plans to change the law.”

The UK Government support that no person should fear for their safety in nightlife venues, and that these reports of spiking with substances in the UK are extremely concerning – however, there has been a long-term public safety campaign put in place by the SIA (Security Industry Authority) to focus on the presentation of violence against women.

The campaign is reminding 388,000 ‘front-line license holders’ the role they play in keeping women safe in their venues: ‘identifying and preventing predatory behaviour.’

In the recent spiking events, the night-life sector has been ‘ridiculed’, despite trying their ‘best efforts’ to keep their customers happy and safe when in their club or bar.

Club Worker of Sanctuary, in Glasgow, Nikola Anderson says how it’s been made out that they do not care and all they think about is the money coming in after covid-19. She confirms this not to be true as she states:

[“We have security that are doing full body searches and metal detectors at entrance, we have medics on site, we train our staff to know safety policies such as ‘Ask for Angela’ and we have introduced covers to protect people’s drinks.’’]

Nightcap is a mobile drink lid that covers your drink whilst in a crowded space to protect it from getting spiked by a pill. It is seen as the ‘new safety must have’ in clubs, and the method of lid covers is being used all over the UK today.

Similar protocols are used in other countries such as in Aarhus, the second biggest city in Denmark; they use ‘Ask for Irène’ in the pub Tir Na Nog – It allows customers to approach staff and make them aware of their safety environment.

The covid-19 pandemic impacted on everyone in different ways, the night-life sector was affected financially due to being one of the first sectors to close and the last to re-open after easing of the restrictions in mid-July 2021.

“The corona virus and now this spiking virus is not only destroying our income but also our reputation as a club, if it continues, we’ll have to close’’. Nikola said.

Spiking someone by drink or injection is a serious crime in the UK. According to The Sexual Offences Act 2003 anyone that does this assault could face criminal charges. The Act states that “It is an offence to administer a substance, to a person with intent to overpower that person to enable sexual activity or physical harm to them. It is punishable by up to 10 years imprisonment.’’ This means that slipping substances into someone by drink or injection is against the Law in the UK countries – England, Scotland, Wales, and Ireland.

Drink spiking has been around for many years; however, it is growing. Figures obtained from the BBC Radio 5 Live Investigation Unit revealed between 2015 and 2019 over 2,600 reports of drink-spiking incidents in England and Wales were reported. The data from 22 out of 43 Police Forces and The British Transport Police also revealed 72% of alleged victims were female. And that spiking cases involving under-18’s have more than doubled from 32 in 2015 to 71 in 2018 – between January and September 2019, 68 cases were recorded: 2019 setting a five year high.

However, campaigners from ‘Abersafe’ – a Scottish Activist Group for Women’s Safety on social media – say that “statistics do not show the full scale of the problem as many victims from spiking do not report their assault to police or visit the doctor quickly enough to do a blood test.’’

Ellie Reston agrees with this statement from Abersafe, as she said ‘’I personally was unable to get out of bed the morning after being spiked, nor did I think getting help from the police or going to the hospital would do anything as I thought it was too late.’’

Rebecca Henderson, NHS employee, advises seeking medical treatment as soon as possible as ‘’drugs can stay in your system from 72 hours to only 12 hours, depending on the substance.’’ She spoke.

Drugs used in drink and injection spiking are often referred to as the “date-rape drugs’’, however they are not always used for sexual assault. According to NHS ‘Talk to Frank’ Advice Website examples of some drugs that have been reportedly used in drink spiking victims are Gamma-hydroxybutyrate (GHB), Gamma-butyrolactone (GBL), Tranquillisers; most often benzodiazepines that include Valium (diazepam and Rohypnol) and ketamine.

These drugs are extremely dangerous when mixed with alcohol because when combined they have a very powerful effect on the individual. Especially in spiking circumstances as the measure of dosage for someone can easily be too much; leading them into a coma or even death.

According to Public Health Scotland – Scotland continues to have the worst drug death rate in Europe for the Seventh Consecutive Year. The annual report from National Records of Scotland shows over 1,300 drug related deaths. 974 out of 1,192 of these fatalities in Scotland in the last year were related to the use of Benzodiazepines; and 173 of these deaths involved a mixture of substances such as alcohol.

*European Drug-induced deaths aged 15-64: reported rate per million population in the latest years figures. All data is collected from Table A6 of the EMCDDA’s (European drug report 2021 – latest available data on drug deaths in Europe). The European Monitoring Centre for Drugs and Drug Addiction Website states that caution is required with the following information because when comparing drug-induced deaths can have issues such as; coding, coverage and under-reporting in some specific countries. However, the table confirms Scotland has far more drug-related deaths per capita than any other European country in recent years.

One in nine women say they have had their drink spiked – according to the ‘Independent’ News Outlet. Drink spiking is becoming a growing ‘trend’ throughout the UK. It’s important individuals are made aware of the signs of suspected drink spiking, and the actions they can take to ensure their safety is in good hands.

Drink spiking can happen at any time and in any situation. Therefore, The NHS Official Website links to a ‘Drink Aware Information Page’, and here are a few things you can do to protect yourself. 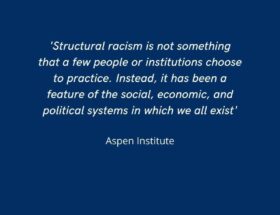 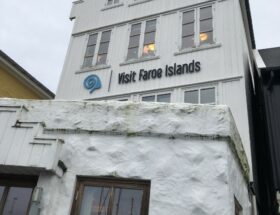 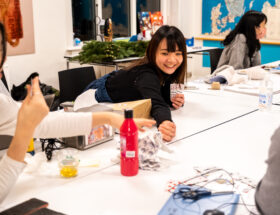