Skip to Content
Home Work Work The pain of Spain: “I just want a job and a regular life”

The unemployment in Spain is an everlasting threat to the young Spaniards and the economy of their country.

From an outside perspective, Spain and the Spanish people are often perceived as open and hospitable people and this is without a doubt the truth. Even though the temperatures are getting colder the Sevillians insist on keeping up the joy with flamenco on the guitar and movement on the feet with dancing.

Each night at 9 PM, the kitchens of the famous tapas restaurants open and the pavements filled with tables and chairs are stacked to the brim by Spaniards eating their traditional dinner of, for example, Iberian pork with a glass of red wine from the region of Rioja.

These are proud Spanish traditions which have been withheld for centuries but behind this facade of flamenco and joyful dinner restaurants lies an infamous curse of high unemployment rates. In the very end it affects the whole country, but first and foremost it affects the primary victims of it. The youth.

The pain of Spain

Some opinion formers refer to the rapid-rising youth unemployment in Andalucia as the “pain of Spain” – and rightly so. The latest statistics from EUROSTAT, obtained in 2020, shows that 17.3 percent of all Spaniards between 15 and 29 years of age are neither in employment nor in education and training.

Unemployment has been a spanner in the works for Spain as a whole for centuries since the lost tax income, caused by high unemployment rates, especially in Andalucia, deteriorates the Spanish economy and keeps it from striving in the same manner as the northern part of Europe has done.

During the financial crisis, which really evolved going into the previous decade, the Spanish youth unemployment amongst 15-24-year old people hit an all time high when the disencouraging rate peaked at 55.5 percent in 2013 according to Statista.

Since 2013 the unemployment rate has slightly fallen; making Spain a victim of an economic reverse sweep when the global pandemic of COVID-19 struck in the beginning of 2020, which yet again sent millions of young Spaniards out of the labour market.

This put a hold on the Spanish economy in general; depriving those with responsibility from providing quality education for all young people, and creating solid infrastructure and solidifying a healthy expansion of the economy going into a future with a lot of insecurities.

According to Carolina Marquez Guerrero, professor of economics on the economic faculty of University of Seville and Ph.D. from London School of Economics, the timing of the new rise of unemployment in the region could not have come at a worse time.

Guerrero does her daily duty at the economic faculty of the University of Seville which formerly was a prison. Now the Spanish economy has been put on a shackle.

While a huge part of the EU is on a green shift Spain cannot at the current moment deliver what is demanded, and therefore the companies don’t have resources to employ new people.

“The problem is that we are one of the most underdeveloped regions of Europe while we are specialised in environmentally damaging economic activities like mining and agriculture”. Guerrero says.

Guerrero believes that Spain needs to transition their economic activities into areas that are more sustainable environmentally as well as economically. As it is right now the Spanish economy is not delivering what the invisible hand of the free market is demanding, Guerrero states:

“As it is right now - we as a country - are specialised in economic activities that the free market doesn't see as valuable anymore even though they once were. We need to transition our economic activities into areas that create value and jobs for our people”.

Here the tourism sector can play an even bigger role in their attempt to seek new pastures, Guerrero added. While this might sound like an obvious idea for a country with sunny beaches and tapas bars on all street corners, the global pandemic has shown that putting all eggs into one basket called tourism is not stable enough for a southern European economy to strive.

Besides that, tourism is a season-based industry predominantly securing return of investments in summer times. However the industry in itself already employs 13.7 percent of Spain’s working population according to the Spanish Labour Market Survey, which makes it the biggest industry in Spain based on percentage of the working force employed.

This encountered problems when the pandemic sent shockwaves through the global economy and terminated all air traffic for well over a year. Expectedly, the tourism sector was put on hold which evidently spiked the unemployment rates to new heights.

However, when the tourism sector was flourishing and dragging people from all over the world to Spain the structure of the industry is causing problems, said Guerrero, who behind her has a poster on the wall rejecting global agreements of free trade:

“Tourism is an attractive activity because for instance we put resources in investing in the environment, beaches, forests and our cities for strengthening tourism but this sector is controlled by firms that are not local at all so therefore we have lost power over the industry”.

Unemployment is not only an economic issue

A 27-year old Spaniard, Tiffany Valentin Rico, was a victim of unemployment when the Spanish government locked down the country, due to the pandemic, back in 2020. This meant that Tiffany was unemployed, having given up her job as an independent tattooist as the conditions of the restrictions made it impossible.

Tiffany has now moved to Seville where she resides close to the famous old Hercules Mall.

The area flourishes in the burning hot summer months, with tourists, in the Southern part of Spain.

Unfortunately for Tiffany, her daily subsistence is far from flourishing as she is currently unemployed and with no relevant educational background; only her qualifications from primary and secondary school.  She is eager to get a job and an active life to wake up to everyday but she hasn't succeeded yet.

This might be a challenge for the Spanish economy but for Tiffany, as a human being with hopes and dreams, it is even worse. We met with Tiffany on her home soil to understand the issues, she is dealing with:

“I think that my current state of life without a job is absolutely horrible. I just want a job and a regular life. I don’t have any economic independence and because of my lack of merit from education I can't find a job even though I'm trying really hard”.

Some would probably ask why Tiffany hasn’t started on a higher education but she is far from interested in that:

“I don’t like studying and I have never been a good student. I just want to find a job, work and contribute to society in that way. I'm just looking for a job all day every day but I have a knee injury which also makes it very tough because I can't do physical labour”, she spoke.

Even though the tourism sector is the largest industry in Spain, employing millions of people, this is not really an option for Tiffany. She suffered from a knee injury when younger, and never had the operation to fix it. This injury has given her a 33 percent disability. She, therefore, has problems putting too much weight on her knee for too long which excludes a lot of jobs from her search.

“Im looking for jobs where i don't have to use my body physically in a very high regard but obviously the pandemic, combined with my current physical standing, has made that hard”.

According to Statista the service branch of Spain accounts for 75 percent of the country’s active workforce while the rest is agriculture and industry. Therefore you would think that it would be possible to find a job where you can use your head and your hands rather than your whole body but Tiffany has not succeeded in doing so yet. Not having a relevant educational background only makes this task even harder.

No reaction from the authorities 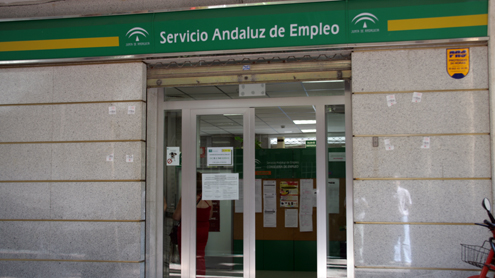 At the local office of employment of Seville you get the sense of a relaxed place where the staff on site is drinking coffee and chatting across their desktops.

It is a quiet place without a sign of anyone looking for jobs. The staff on site was not interested in addressing the issues of unemployment and refused to do an interview.

We were redirected to their boss, Ángel Moreno Sánchez, an official of the job service of Andalucia, who by mail told us to read their website which amongst others says:

“The incentives for the creation of stable employment are intended to promote the creation of permanent employment, both full-time and part-time, as well as the transformation of temporary contracts into permanent contracts that are carried out by companies or entities employers who carry out their activity in Andalucia.”

During the last decade the Spanish has tried to considerably reduce its level of labour market regulation. They did this to bring forward a more flexible labour market with a focus on collective bargaining, a promotion of permanent contracts and an attempt to protect workers better. According to a study brought by ETUI this has not worked to the extent that the Spanish government had publicly aimed for:

“The reforms have not helped to reduce unemployment in general; nor, more specifically, have contributed to the process of reactivating the long-term unemployed or facilitated the entry of young workers to the labour force. They have instead merely succeeded in reducing security both for those still in employment and for those entering or reentering employment.”

In the upcoming years only more Spaniards will be seeking pensions as the demographics of the country are fighting against the youth and forcing them to hand in even larger tax income to the state than ever before.

This is an everlasting issue and threat to the Spanish economy which hurts the youth the most. With rapid-rising numbers of unemployment amongst young people Spain is looking into a future, where they are forced to act if they want to stay competitive in the grand scheme of things. 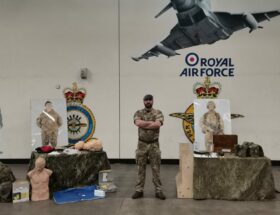